Dino Viper, a voiceover artist and producer, announced the release of his new meditative album. The album focuses on emotional healing and is available on iTunes, Spotify, and Amazon. 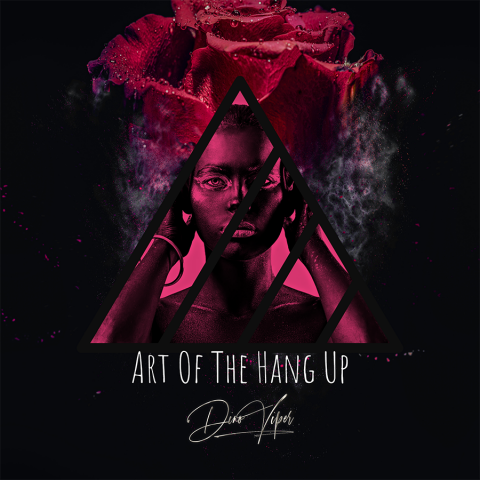 Titled “Art Of The Hang Up”, the new album is for anyone who wants to improve their mental health and gain a healthy perspective in their daily lives.

More information can be found at https://dinoviper.com/art-of-the-hang-up-2

The new album shines a critical light on attachment and toxic relationships. It also explores the subjects of insecurity, anxiety, depression, and other emotions that stop people from experiencing true happiness.

Studies have shown that COVID-19 and its related losses have directly increased stress, anxiety, and other mental health issues across the globe. As a result, people need to pay attention to their psychological well-being.

Dino Viper presents a solution through the 13 tracks on his new album. He uses positive suggestions, solfeggio tones, and calming music to encourage the practice of meditation, relaxation, and subsequent healing.

Dino reveals that previous hurt and hang-ups continue to affect people’s lives and interactions. The only way to improve their quality of life is to help them rise above the pain and adopt a positive state of mind.

The last track on the album is titled “Toxic People.” It guides listeners to examine their roles in relationships and love themselves enough to walk away from toxicity. It teaches listeners how to transcend into happier relationships.

In another track titled “Greed And Envy,” Dino describes greed and envy as erosive emotions that cause one to fixate on others instead of working towards their goals and dreams. The voiceover artist reminds listeners that social media does not present a complete image of people’s lives.

Dino Viper is an established storyteller and the creative art director of Dino Viper Productions digital studio. His first album “Awaken: The Unforgettable” was released in 2016, and the second “Illuminated Garden,” in 2018.

The latest release follows the success of his last two albums. Like the others, it also addresses some major life concerns and helps people evolve beyond them.

A spokesperson for the studio said, “‘The Art Of The Hang Up’ is a departure from the normal meditative albums. While many will calm you down, it is time to enhance your experience by clearing any emotional issues or attachments.”