API interface companies have become a favorite choice in the traditional software industry. Scry is the first company to devote itself to providing blockchain-based application API interface services. 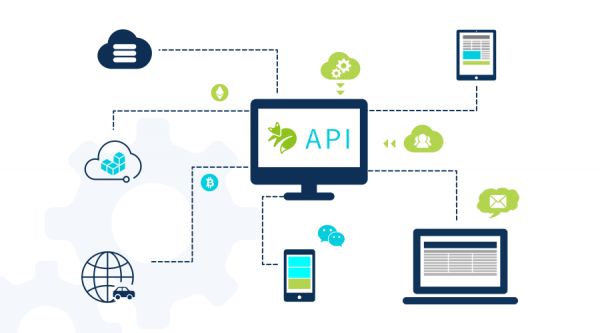 API interface companies have become a favorite choice for numerous investment companies and individual investors in the traditional software industry. Here we must mention Amazon, which has not only received acclaim for upending the retail industry, but is also recognized as a pioneer in cloud computing. At the same time, it has brought about great change in the IT industry, giving rise to an all-new business category. In 2018, revenue of United States-listed companies in the API interface industry grew by 67%, with Amazon’s API interface business alone contributing US$25.6 billion. Now, a large number of shrewd complex code software providers have begun to pivot to API application interfaces. Rapid-use complex computing software services with lower docking costs is an emerging industry with enormous future investment potential.

Amazon read the trends in the software service industry, correctly predicting that providing basic IT functions to technology companies could generate massive revenue, and put it into practice. Amazon’s idea has been borne out, not only driving the upheaval of the entire industry, but also becoming a driving force the company’s revenue growth; it contributed U$25.6 billion in revenue in 2018, an increase of 47%. Similarly, it has also become a profitable business for Amazon’s competitors such as Microsoft and Google. The explosive proliferation of cloud computing has set off a massive chain reaction, leading to a “Big Bang” in API. The share price of Twilio, which provides an API communications interface, rose by 256.2% in one year, while that of Adyen, which provides payment for API, rose by 165.8% in the previous year. The share prices of companies relevant in the API field have increased significantly, and it is clear that the demand for API will continue to increase, leading to an increase in the number of related companies in the future.

Scry is the first company to devote itself to providing blockchain-based application API interface services in order to reduce development costs: there is no need to learn a multitude of blockchain algorithms, write complex intelligent contract code, or design digital signature schemes for construction of functions. SCRY handles everything from indexing and transfer of data to third-party payment interfaces and token asset payment, along with various other boring, complex or cumbersome data-related issues for its clients.

API is a bridge between applications that makes it possible to quickly invoke connections – a channel for data flow and interaction, just like sockets on wires. “One of the oldest sayings in the industry is that ‘software is eating the world’; now, API is eating software,” said Rishi Jaluria, an analyst from the investment management company D.A. Davidson & Co.

The API that SCRY provides is designed to disassemble the complex, cumbersome, expensive and repetitive bottom blockchain layer, which includes encryption and decryption algorithms, data transmission, token payment transfer, intelligent contracting, signatures, etc., in order to form independent abstract functions through modularization, just like children’s Lego blocks. Furthermore, it adds rules and general mechanisms such as communication, payment, content management, transmission, electronic signature, encryption and decryption, etc., all packaged into an API interface exclusively for SCRY developers and users. It can be quickly transformed according to the products of partner development companies and enterprises into a blockchain application or application with the functional characteristics of blockchain. It provides clients with an intelligent blockchain contract function that matches the complex development process, leaving the tedious work to SCRY so that the business customers can focus on more important things.

With the continuous enrichment of big data in the oil industry and combination of data-enabling blockchain formats, as well as the development of the open-source and shared software industry, SCRY’s goal is to become an industry leader and the first choice for customers seeking data commerce and blockchain services. Scry’s data container warehouse Depot, which is based on SCRY, has access to streaming commercial information data application and free trading markets, which will become the entrance for natural flow and bring significant scaling effects to SCRY in the future.