A new partnership has been announced between 7 Cold Brew Coffee Company and two Sprouts locations in Chula Vista. Being picked up by a major retailer is a big step for the “All-Star” coffee brewed by Heath Bell. 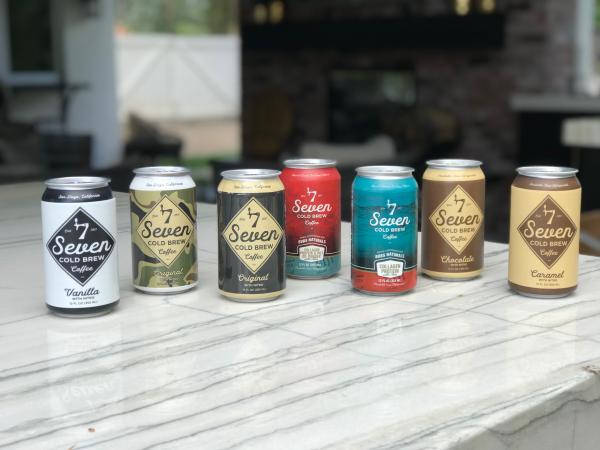 More information can be found at: https://7coldbrew.com

7 Cold Brew Coffee is a San Diego based company that is owned in part by Heath Bell, a former Padre relief pitcher and 3-time All-Star reliever.

He brings the same passion to the coffee making business as he has always had for baseball. As the head brewer, he has a “big-league” vision for the company and is excited by the partnership with Sprouts.

Being picked up by a major retailer is a big step for the company, and puts the brand at the forefront of the coffee world.

The coffee has a reputation for being of the highest quality, thanks to its bespoke crafting process. It is ethically sourced, and slow steeped for 21 hours to “All-Star” perfection.

Heath Bell is a firm believer that everyone deserves to have access to the best coffee on the market. It is a hugely popular drink, but previously great tasting cold brew on Nitro has been difficult to come by.

Now, rather than having to go out to the nearest coffee retailer for a steeped cold brew coffee, customers can shop for 7 Cold Brew Coffee.

One of the things that makes the coffee unique is that it begins with the finest ethically sourced coffee, which is then locally roasted in San Diego. The coffee is slow steeped for 21 hours, and every small batch is thrice filtered.

Heath Bell states: “Everyone deserves to start their day with an All-Star cup of coffee. I couldn’t be happier about our partnership with Sprouts. This is an excellent step in getting 7 Cold Brew Coffee in major retailers nationwide.”

Full details of the coffee and the new partnership can be found on the URL above.