Rock Artist, Richie Gomez, has launched a crowdfunding campaign to help fund the release of his debut album. It is available for pre-order now. If you enjoy listening to rock music. Check it out. 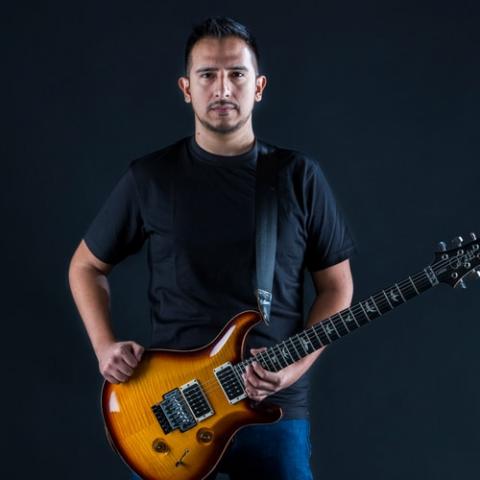 The debut album from Richie Gomez is a melancholy yet cathartic mix of post-grunge, alt-rock, and soulful vocals. Gomez touches on universal themes such as love, forgiveness, and self-acceptance, yet also spirals deeper into a thoughtful, brooding state which looks at the problems of the world with a soundtrack of big guitar and piano riffs.

Gomez’ first full release, the album has been made in collaboration with pro names such as Joshua Rouge, Matt Dougherty, and Jared Kvitka; playing off contrasts, it’s a highly listenable collection of modern alt-rock tracks which pushes the possibilities inherent in a setup of four instruments to a huge extent. Richie and his band create both satisfyingly heavy tracks and clear, melodic lines for guitar and vocals which counterbalance the harder elements. the album is not just focused on creating a solid alt-rock album; instead, Richie wants to bring out the emotional potential of heavy music, and his clean yet powerful vocals work in synergy with the guitars. The album is available for pre-order now: https://igg.me/at/richiegomez/x#/

With screaming riffs in Alive; the funk-like syncopated strumming at the start of Broken; or the harmonious, gentle backing vocals cleverly placed throughout, Richie’s debut album is a full exploration of the darkest lows and most uplifting highs of alt-rock, subscribing to Richie’s philosophy that music should be both introspective yet empowering. Fully in step with the emotional focus of much present-day creativity, it takes a much-loved genre and uses it fully for the 21st century. Mixing emotions like sound waves, Richie opens up a world where sadness, happiness, anger, fear, determination, and courage can all coexist – and does it with all the punchiness, energy, and drama of alternative rock which have continued to ensure it has a keen fanbase even to this day. We recommend rock music lovers to give it a listen. We leave you with a taste of the new record: https://www.youtube.com/watch?v=AQkgf21x2vk