Reigate & Redhill estate and letting agent donates 5% of their commission

Reigate &amp; Redhill estate agent Robert Leech has struck up a partnership with animal charity Last Chance Animal Rescue after announcing last October they would donate 5% of their commission. 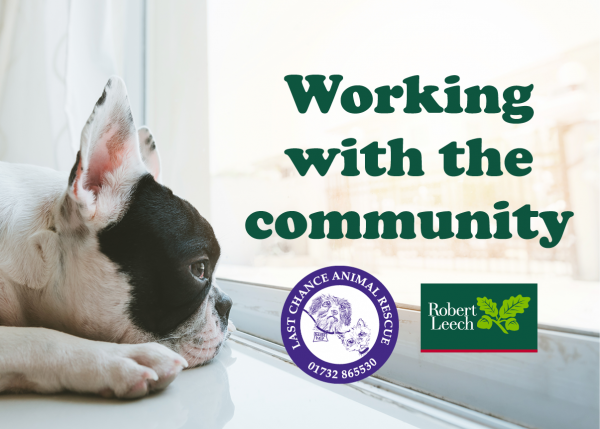 Reigate estate agent Robert Leech announced last October they would donate 5% of their commission on all properties sold between October and December 2017 to the animal charity Last Chance Animal Rescue.

Since the partnership between Robert Leech and Last Chance Animal Rescue was announced, the Reigate estate agent has been able to raise considerable funds for the charity.

“Recognising this, Robert Leech Estate Agents is proud to announce a partnership which we hope will make a real difference to the Last Chance Animal Rescue Centre and the animals that pass through its care”, Simons added.

Last Chance Animal Rescue is a registered charity which provides medical care and rehabilitation to animals before finding those animals new homes.

Robert Leech Estate Agents is keen to raise awareness of the charity and its activities as well as help to support its vital work.

For more information on Robert Leech, visit their website: http://www.robertleech.com/

Robert Leech was founded in 1989, and is now one of Surrey’s leading independent estate agents, with branches in Reigate, Oxted and Lingfield. Specialising in property sales and lettings, land and property acquisition, residential redevelopment and refurbishment, and the sale of country homes and equestrian estates, they have extensive knowledge of the local area around their offices.

Founded in 1986, Last Chance Animal Rescue is a charity and not-for-profit organisation based in Kent. The charity, which operates a no-destruction policy, rescues, rehabilitates and finds new loving homes for a variety of abandoned animals, including dogs and cats. The charity needs donations to be able to continue its work.