Raul De La Rosa Sr. releases his thrilling debut novel Vengeance Overdue. Due to his cultural roots and passion to write, he wanted to introduce others to the Dominican culture through his novel. 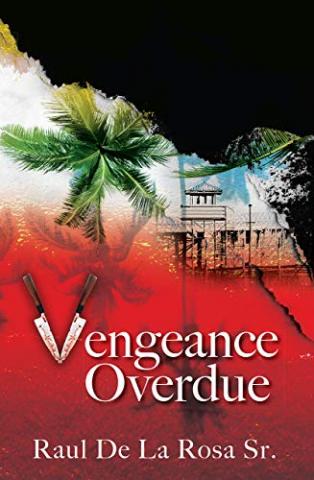 Raul De La Rosa Sr. recently released his thrilling debut novel, Vengeance Overdue, which contrasts the importance of family against old secrets, intrigue, and lies passed down through generations. As the son of immigrants from the Dominican Republic, De La Rosa has always been interested in his cultural roots. He was inspired to write Vengeance Overdue as a way of introducing others to the Dominican culture through fiction.

In Vengeance Overdue, Cristian returns to the Dominican Republic and discovers things about his family and their past he never knew existed. As he traces a history of murder, prison, and corruption that spans decades, he soon realizes that his life, and the lives of his loved ones, are in danger. Cristian hurries to uncover the truth before he finds himself another casualty in the bloody legacy of his bloodline.

Fans of the mystery genre will love De La Rosa’s ability to set the scene through strong imagery and vibrant descriptive passages. As Cristian narrates from the present, his father narrates from the past. The use of dual perspectives creates a complex and emotional twofold storyline that anchors Cristian to his heritage.

Reviewers describe Vengeance Overdue as an exciting page-turner that reinforces how “one decision can affect the rest of your life.” From unexpected surprises to shocking twists, Vengeance Overdue is anything but predictable. The quick pace and haunting questions raised throughout the novel will keep readers mesmerized until the explosive final conclusion.

Raul De La Rosa Sr. is an author, executive, and proud Dominican. De La Rosa has written over 100 poems and articles for a variety of publications. He lives and writes in New Jersey. Most recently he was awarded the Best New Author by Dabb Media.

Vengeance Overdue is available for purchase on Amazon.com, barnesandnoble.com, and booksamillion.com