In an ongoing campaign to protect foster care youth from dangerous psychotropic meds, groups call for an investigation into government and mental health industry decades-old, failed oversight. Native and African Americans are at highest risk. 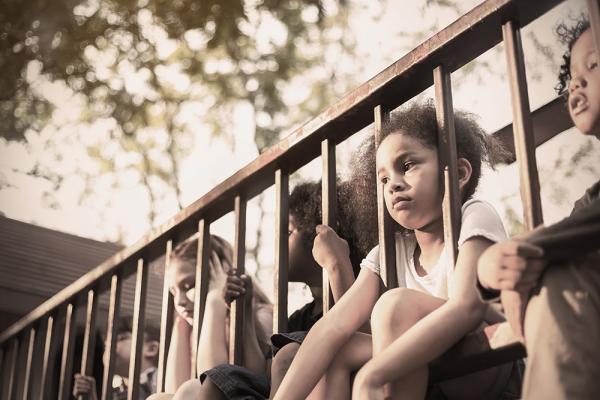 Citizens Commission on Human Rights International has called for urgent oversight and action over the high rate of psychotropic medication use in the foster care system, especially in minorities. Studies show that children on Medicaid receive more psychiatric medication, and prolonged mental health treatment, when compared to their privately insured counterparts.[1] Rev. Frederick Shaw, a spokesperson for CCHR, president of the NAACP Inglewood-South Bay chapter and founder of the newly formed Task Force Against Racism and Modern-Day Eugenics said there are ethical and racial concerns about the poor, near-poor, and minorities in foster care that are most prevalently prescribed psychotropic drugs.

A JAMA Pediatrics study that investigated the patterns of mental health diagnosis and medication treatment within a cohort of children from birth to 8 years old insured by Medicaid, reported that “20% of medication users received two or more medication classes concurrently for 60 days or more.” Further, “At age 7 years, half or more of the medicated children had more than 200 days of drug exposure.”[2]

In another study, the majority of those treated were predominantly African American.[3] African Americans represented 23% of the foster care population yet comprised only 14% of the child and adolescent population. Foster care kids can be given five or more psychotropic drugs at a time.[4]

Oklahoma Department of Human Services reported in 2020 that Native children represented more than 35% of those in foster care, yet Native Americans comprise only around 9% of Oklahoma’s population. “That is the definition of racial disproportionality,” said Citizen Potawatomi Nation FireLodge Children & Family Services Foster Care/Adoption Manager Kendra Lowden.[5]

The Lakota People’s Law Project detailed to Congress what it called South Dakota’s corrupt foster system, especially the over prescription of medications to Native American youth. American Indian children comprise 13.4% of South Dakota’s population, yet 56.3% of the foster system is comprised of Native youth. Psychotropic or antipsychotic drugs were the most often prescribed. The Medicaid spending which paralleled this trend grew from $300,987 to $4,016,148, or 1,334%, during a ten-year period.[6]

“In the particular case of South Dakota, the medication was being used to subdue rather than treat children, vastly enriching both the state workers, hospitals and pharmaceutical companies at the direct expense of the foster care children,” according to Lakota People’s Law Project.[7]

Among the different classes of psychotropic drugs, antipsychotics are the most commonly prescribed and have the highest cost per claim, accounting for 58% of the total costs.[8] State Medicaid programs spent over $2.8 billion on antipsychotics in 2007, the single largest drug expenditure category for Medicaid.[9] A decade later it was reported to be $3.5 billion—a 25% increase.[10]

Carolyn Barcus of the Society of Indian Psychologists blamed, in part, criteria presented in the Diagnostic and Statistical Manual of Mental Disorders, which she said is severely biased against minorities.[11]

Edward Opton, an attorney with the National Center for Youth Law’s PsychDrugs Action Campaign underscored why foster care kids are especially vulnerable: “Foster children are a lucrative market for psychotropic drug sales. Unlike adults, they can’t say, ‘No, I won’t take any more of that drug,’” he wrote.[12]

“Kids’ bodies aren’t meant to take that many meds,” said Susan Rogers, a leading reformer who served on the board of the Texas Federation for Children’s Mental Health and was a foster care parent for nearly 30 years. “We would take in kids so strung out and crazy on meds that we had to try to make their psychiatrists back off,” she said. She found that state-funded psychiatrists and social workers were too often indifferent to the disastrous side effects of the antipsychotics they gave to troubled kids who shouldn’t have gotten them in the first place.[13]

Sara Bartosz, writing for the American Bar Association website, warned: “Given that a child’s brain remains in development well into the teen years, a risk of permanent neurological damage may well accompany the ill-advised use of psychotropic medications within the child population.”[14]

Dr. Janet Parker, Executive Director of Medical Whistleblower said: “As a nation, we must not only look to the human rights ethics of whether psychiatric drugs should be prescribed with such frequency but also consider the ultimate cost to our nation’s health care budget.”

Michigan civil and children’s rights attorney Allison Folmar and a member of the task force against racism is intimately noted: “Foster children are prescribed psychotropic drugs” that can cause life-threatening diabetes, violent and suicidal behavior and even brain shrinkage. That is being done to children who already are traumatized. We need to turn such turmoil into triumph by changing the laws—state-by-state—until every child is protected.”[15]

CCHR and the Task Force Against Racism are working together to that end.