Shannon Edwards has announced she is running for Congress in the 14th US Congressional District. She will represent Pittsburgh, rather than the interests of Washington, and aims to provide constituents with high quality representation they can trust. 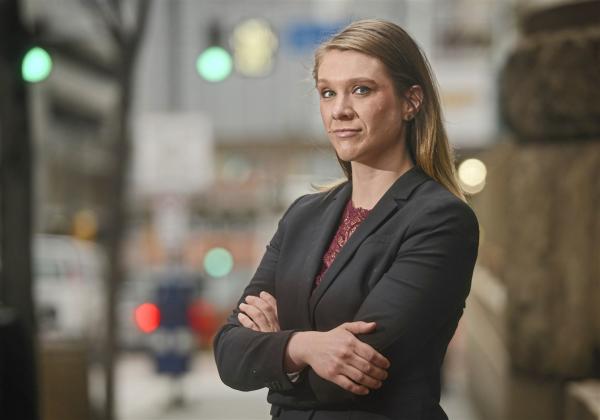 Shannon Edwards has announced that she is running for the 14th US Congressional District representing Pittsburgh. Shannon has spent time as a forensic psychologist and social advocate, which taught her the importance of fighting for what is right, even when it’s not popular. She understands the compassion and dedication someone needs to empathize with individuals experiencing adversity.

More information can be found at: https://edwards4pgh.com

Shannon aims to implement these ideals in Congress. She explains that, in today’s climate, too often politicians serve special interests and wealthy donors, not the people they were elected to represent. She aims to change that.

She chose “Edwards for Pgh” because she is setting out to serve the constituents of Pittsburgh, not Washington. She is looking forward to learning what her constituents want and need, and strives to work hard to achieve satisfactory results.

Some of the main issue she will deal with are listed on her Edwards for Pgh website, which details her plans for Congress. The issues include mental health reform, which is hugely topical at present; criminal justice reform; and secondary and post secondary education.

Shannon goes on to say that the nation is currently experiencing as mental health crisis, and the most recent studies are from 2014, showing how they need to be updated.

An estimated 43.6 million Americans over 18 have experiences some form of mental illness, and it has too long been a neglected issue. Every year, around 41,000 Americans die from suicide, and through her mental health reform plans, Shannon aims to change that.

In addition to this, there are details of her secondary and post secondary education plan, which emphasizes that the quality of education people receive shouldn’t be dependent on the area they live.

Full details of the plans for Congress and her campaign details can be found on the URL above.