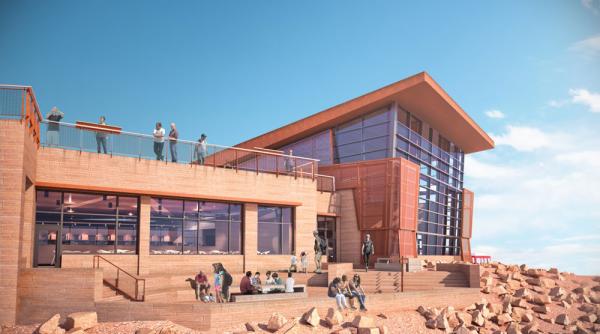 Pikes Peak Region Attractions has announced the reopening of these two renovated attractions, welcoming visitors to the most renowned features on Pikes Peak. The Cog Railway, in service since 1891, underwent extensive restoration and now has both refurbished and new trains and tracks. The visitor center, the highest construction project in North America, took three years to be built under difficult conditions, including limited oxygen at the altitude and the global pandemic.

More information is available at https://pikes-peak.com

The opening of these facilities will be particularly important to both domestic and international tourists who want to experience this national historic landmark firsthand. At 14,115 feet, Pikes Peak, named in honor of American explorer Zebulon Pike, is the highest summit of the southern Front Range of the North American Rocky Mountains.

Visitors can take the world’s highest cog railroad on a 9-mile journey from the renovated depot to the 14,115-foot summit through Pike National Forest, Englemann Canyon, and Deer Park. On a clear day at the summit, visitors can see five different states: Colorado, Arizona, New Mexico, Utah, and Kansas.

The ADA-compliant (Americans with Disabilities Act) visitor center has both outdoor and indoor experiences for tourists, including digital features that give visitors an interactive way to learn about the history of the mountain, its geography, and its climate. On days when the weather is very cold, individuals can stay indoors and still feel they have had an outdoor experience because of the huge windows throughout the center.

Pikes Peak Region Attractions stresses that people can experience the area in various ways: driving, taking a guided tour, riding the train, cycling, and hiking. Hikers can even combine a train ride with trekking by riding the Cog Railway either up or down and hiking the opposite direction.

According to a Pikes Peak representative, “Yes, the Cog Railway is back on track and ready to continue its legacy as the highest, longest and just-plain-coolest cog railroad in the world. Whether you’re a seasoned Cog rider or a new visitor to Colorado and the Pikes Peak region, the new additions are sure to create an unforgettable experience.”