Ab crunches require attention to detail because there's only a thin line between its proper execution and lower back strain. "This attention is best offered by a well trained and experienced personal trainer," says Raechel L. facility manager at The Perfect Workout West Plano, Tx. 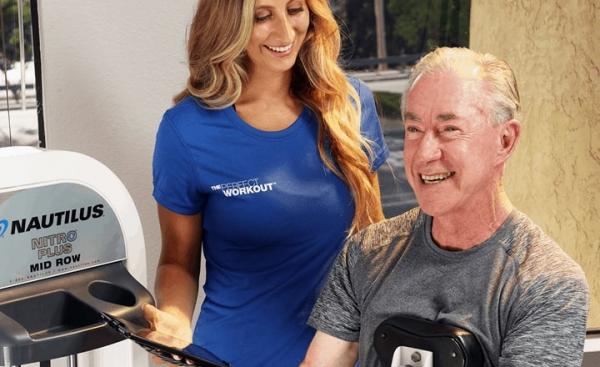 The Abdominal Crunch Improves Both Physical Appearance and Function

[West Plano] The rectus abdominis or abdominal muscle, the paired muscle running vertically on each side of the abdomen’s front wall, serves several vital functions. The exercise known as the abdominal crunch or “ab crunch” trains this muscle as well as another pair of important muscles, the external and internal obliques. However, performing the ab crunch requires attention to detail, because there is only a thin line between its proper execution and lower back strain. “The exact attention to detail needed to perform the perfect ab crunch is best offered by a well trained and experienced personal trainer,” says Raechel L. facility manager at The Perfect Workout West Plano Tx.

The rectus abdominis starts at the bottom of the breast bone and the front of the ribs and runs down to the top of the pubic bone, just above the genitals. The main function of this muscle is to pull the spine into a ‘C’ shape, bringing the chest and midsection closer together.

The ab muscle is most commonly known for its well-defined form known as the “six pack,” which gets its appearance from connective tissue that divides the muscle into six sections. As the abdominal muscle flows from the ribs to the pelvic girdle, there are three segments of connective tissue in the middle, and this is how the upper, middle, and lower sections are formed. Also, a sheet of connective tissue called the linea alba runs vertically, splitting the two parts of the rectus abdominis in half, producing the appearance of six muscles as opposed to three. The secondary muscles involved in the ab crunch are the external and internal obliques, located in the area that many refer to as the “love handles.”

Performing the ab crunch regularly to the point of muscle exhaustion or “muscle success” helps the ab muscle and the obliques to become stronger and more noticeable. However, achieving the six-pack look largely depends on low body-fat levels. The less fat that exists between the skin and the abdominal muscle, the easier it is to see definition in the sections of the muscle. And losing body fat is mainly a result of positive dietary changes. Seeing the six sections of the ab muscle requires a change in diet even more than the use of an ab crunch machine.

Besides its aesthetic appeal when fully toned, the rectus abdominis is also functionally significant, being critical for respiration and childbirth. In addition, it has a major stabilizing effect. In regard to stabilization, every exercise or sports movement focuses on a small group of joints. For example, throwing a baseball mainly involves the elbow and shoulder joints. For this to occur with optimal efficiency and effectiveness, muscles in various parts of the body contract

to hold other parts of the body relatively still. The rectus abdominis is one of the most common and important stabilizing muscles in this process.

As mentioned above, the abdominal muscle works to pull the chest and midsection closer together, causing the spine to curl into a ‘C’ shape. The proper range of motion for the ab crunch is small compared to most other exercises. The exercise may include only four or five inches of movement in each direction, but it is common to exceed this amount, causing problems to occur.

In the ab crunch, when “curling” downward, the lower back should press into the lower pad on the ab machine, and the upper back should also stay firmly pressed into the upper pad. If the lower back is about to peel off the pad, this is a sign that the end of the range of motion has been reached, and it’s necessary to reverse direction and begin returning to the starting position.

When the lower back is removed from the pad, the midsection and thighs move closer together. This motion is a hip-based movement called “hip flexion.” Hip flexion uses other muscle groups, which exert force on the lower back. Examples of exercises that use hip flexion are sit-ups and leg lifts. While the abdominal muscle assists in these exercises, the hip flexors are the dominant muscles involved.

In summary, it is important to “curl” down on the ab crunch machine no further than the point where the lower back starts to leave the back pad. Using the ab crunch will strengthen the abdominal muscle and the obliques, which not only improve one’s physical appearance but also helps with critical life functions. Proper form can be assured by a knowledgeable fitness trainer.