Personal trainer in Menlo Park explains why women and men get different results. Strength training is now known to provide health benefits for people of both genders and is becoming increasingly popular with women. 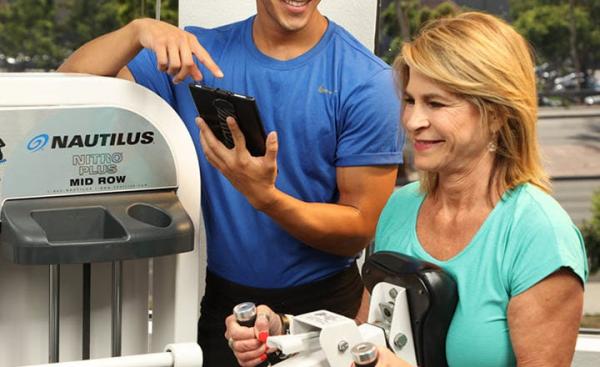 Strength training is now known to provide health benefits for people of both genders and is becoming increasingly popular with women. Besides improving women’s appearance, strength training can also help maintain physical function and bone density with age, build strength and endurance, prevent heart disease, and improve athletic performance. Many men do strength training to achieve these same goals, but men and women obviously have varying physical traits and their results from strength training may vary as well. Some of these inherent differences can influence how to think about strength training.

One factor related to adding muscle tissue is testosterone production. On average, women produce half to two-thirds the amount of testosterone that men do. Testosterone does increase as a result of strength training, which helps in the process of adding lean muscle tissue, and men and women have similar gains in testosterone when their sizes are factored in.

Regarding overall strength, women are generally about two-thirds as strong as men. With respect to specific strength differences, women’s lower bodies are proportionally stronger than their upper bodies. Lower body strength in women is about 75% of that found in most men, and women’s average upper body strength ranges are 43% to 63% less than those of men. However, when adjusting for differences in fat-free mass between men and women, overall strength is approximately equal between the two genders. In other words, saying that men are stronger than women is similar to saying three-story houses have more rooms than two-story houses.

Finally, the ratio of muscle fiber types is on average equal in men and women. Muscle fibers are categorized as either fast-twitch or slow-twitch. Fast-twitch fibers produce the most strength, are larger, and fatigue quickly. Slow-twitch fibers have great endurance but provide less strength and size. These fibers vary in amount from person to person, dictating what sports people are naturally designed for; for example, great distance runners have a higher-than-average number of slow-twitch fibers. After accounting for body size, the average ratio of slow- to fast-twitch fibers does not differ between men and women, meaning that one gender is not generally built to have more strength or muscle than the other.

Some important inferences can be made from these similarities and differences between men and women. First, the vast majority of women need not worry about “bulking up” through strength training. Both men and women typically have amounts of lean muscle tissue that are relative to their overall size, so a 5’5” woman growing the same amount of muscle from strength training as a 6’1” man would be an anomaly.

Overall, strength is related to muscle size. Men and women possess about the same amount of strength on a pound-for-pound basis, but on average men are simply larger. Thus, one’s gender should not be viewed as an advantage or a hindrance to training. If training is consistently done with every set fatiguing to the point of “muscle success,” benefits will be seen relative to one’s own body.