With rapidly changing times and the dawn of a new cryptocurrency era, Pakistan charity organizations have been given a new lease of life for funding by Pakcoin, the Pakistani version of bitcoin. 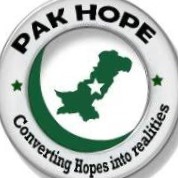 A number of popular Pakistani charity organisations have recently added their fundraising campaigns to a new innovative website for charities called Pakhope. The charity listing website states that their aim is to use Pakcoin; the Pakistani cryptocurrency, to generate much needed funds for local charities throughout Pakistan. Funds received in Pakcoin would be distributed to those charitable organisations registered on their website in a much more responsible and cost effective manner.

In a recent interview, a Pakhope representative said that unlike traditional financial systems, collecting donations in Pakcoin clearly gave them the advantage of receiving micro-donations from anywhere in the world. He added: “We simply bundle together all donations, send them through a convenient channel, and drastically reduce the transfer cost per donation. On top of that, Pakcoin is simply a lot faster and more transparent than other traditional payment transaction methods.”

According to Pakhope, making donations in Pakcoin would be more feasible than other current options due to the fact that anyone, anywhere on the planet could donate just one cent with practically 0% transaction fees. With no middleman being required, they say that people donating this way would mean charities receiving the maximum donation amount possible. Since Pakhope´s decision to facilitate and accept Pakcoin donations for Pakistani charity organisations, several have already signed up to the program including the “Shaukat Khanum memorial cancer hospital and research centre” and “Patients Helping Hands”.

Pakhope has pointed out to charities that a real advantage in accepting the Pakcoin cryptocurrency is its transparency, as the Pakcoin blockchain (digital ledger) can be viewed, inspected and “checked” by any user at any time. Pakhope has also clarified that zero fees for collection and distribution would be charged for any of the cryptocurrency funded campaigns listed on their website. Patients Helping Hands (PHH), an SMC student operated NGO registered on Pakhope.com, has already passed its campaign objective of 100,000 PAK, allowing the charity to provide much required help to three Pakistani hospitals, including the National Institute of Child Health (NICH). According to the Pakhope website, as soon as any Pakcoin donation project target is met, the Pakcoins are converted into Pakistan´s currency (PKR) and immediately transferred to the listed charity.

Due to the overwhelming benefits this payment transaction system provides, registered charities from both Pakistan and abroad are now encouraged by Pakhope to participate in cryptocurrency fundraising on their website. Charities are requested to contact Pakhope through their website ‘Contact Us’ page. Although the registration procedure isn’t too difficult, Pakhope say that certain charity information would be required in order for a charitable listing to be accepted on their website pakhope.org.

The Pakcoin cryptocurrency was launched in 2015 by Abu Shaheer, and has paved the way for both local Pakistani businesses and charities to make quicker, safer and less costly financial transactions than ever before. More information about the Pakistani version of bitcoin, Pakcoin, can be found on their official website www.pakcoin.io or on their official Facebook page www.facebook.com/pakcoinofficial. Pakcoin can be purchased from a number of exchanges including cryptopia.co.nz, yobit.net, novaexchange.com and tradesatoshi.com.