A growing number of local businesses in Pakistan have recently found the confidence to accept the Pakistan version of Bitcoin, called "Pakcoin", as payment, at discounted prices, in exchange for their goods and services. 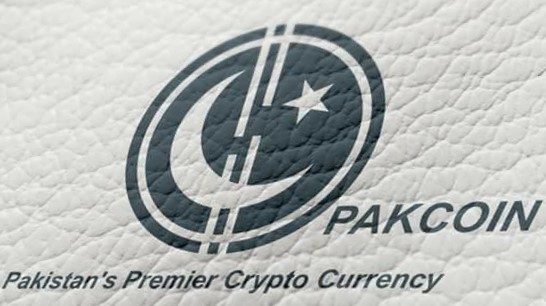 The world of cryptocurrency still remains an unchartered territory for the wide majority of businesses, especially as international regulations have yet to be fully established. An element of user anonymity has also led to worries about cryptocurrencies being associated with “questionable” financial activities – something that has also slowed down their larger acceptance to date.

Despite the controversy and differing opinions about cryptocurrency, a number of Pakistani businesses and organizations have recently found the confidence to accept Pakistan blockchain technology called Pakcoin. In fact, many smart business owners see “cryptos” like Pakcoin and Bitcoin as the inevitable evolution of money.

Just last month, the AlShama Education System joined other Pakistan businesses in accepting Pakcoin as a form of payment. The Director of ASES, Dawood Aslam, announced that all of their teachers could also ask for their salary to be paid in Pakcoins at any time. In order to boost the use of Pakcoin, Mr. Aslam also said that parents paying tuition fees with Pakcoins would receive a 5% discount. He added: “ASES shall be providing discounts for payments made with Pakcoin, but I would like to add that this is not just a good deal, but our way to raise and promote Pakistan’s leading cryptocurrency”.

Land developer Al-Haq-Associates, based in Rawalpindi, Pakistan, has become the first land developer in Pakistan to accept the cryptocurrency, Pakcoin. They announced their acceptance of Pakcoin on their official Facebook page while offering 10% discounts on new plot reservations for those paying with Pakcoins. The company, who is developing the town of Shahbaz close to the new Islamabad airport, stated: “Pakcoins can be used to pay for both land reservations and installments, making life so much easier for people to reserve their homes, by avoiding the need of using banks and therefore bypassing long queues”.

Adding to the recent growth in the number of Pakistan online shops that accept Pakcoins is an online jewelers called H&A jewelry. Based in Karachi. They have recently started accepting Pakcoins, while also offering a 15% discount for any payments made by Pakcoin for purchases from Facebook platform store.

Mobile phone “topups” for any national network can also now be paid for from within a Pakcoin e-wallet, with users currently enjoying a 6% to 15% discount. Pakcoin has also revealed that their unique mobile top-up service offering discounts, is currently the only such service on offer in Pakistan.

Pakcoin representative, Mr. Adamus, said in a recent interview that ever since Pakcoin was founded in June 2015, their mission had been to

help the bankless people in Pakistan to have financial freedom and ease of financial transactions. He added that a major reason for a growing number of Pakistan based businesses accepting Pakcoin was because it allowed them to offer easy and efficient payment as well as discounted prices, meaning that consumers could now see just how much sense paying with cryptocurrency made.

Mr. Adamus also said: “Pakcoin has quickly become the leading cryptocurrency in Pakistan over the last 2 years. 10% of coins have been pre-mined, all of which will be used for development, marketing, back end support, an “airdrop”, and for strengthening Pakcoin’s infrastructure. Pakcoin benefits include virtually instant, low cost transactions and online fraud prevention thanks to the unbreakable security which cryptocurrencies offer.”

He also explained that with Pakcoin’s mission statement in mind, they were currently offering 50 free Pakcoins to 150,000 Pakistanis, through their Airdrop project.

More information about receiving 50 free Pakcoins, along with more details about the cryptocurrency can be found on their website here: www.pakcoin.io