Although it's still early days for Pakistan to fully embrace crypto currency, one major player has recently come to light as Pakistani merchants begin accepting Pakcoin as a form of payment. 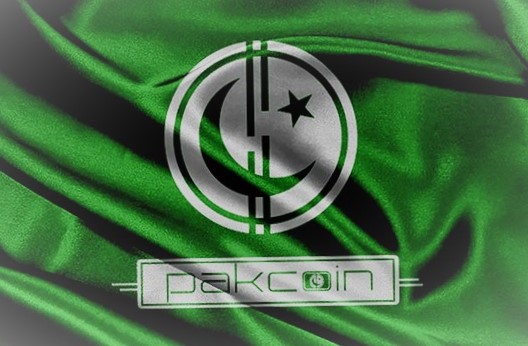 Only recently have crypto currencies such as Bitcoin become more popular in Pakistan, following a period of uncertainty and controversy about its true potential as a secure currency. Digital currency popularity has made a sharp increase this year, with investors flocking with confidence to speculate on this relatively volatile currency. Technology enthusiasts have also begun importing specialized hardware to mine Bitcoins, a process by which transactions can be verified and added to the block chain, which is how new bitcoins are released.

With so much being said about crypto currencies internationally, Pakistan is now also catching on to this new technology. One of the very few Pakistani ventures in crypto currency that have come to light is Pakcoin, a digital currency with a very special focus on Pakistani consumers and businesses. Pakcoin was launched nearly 2 years ago, but it didn’t really come to public attention until a hospital in Pakistan began accepting it as an accepted form of payment.

Infact, the Abid hospital was the first private hospital to accept crypto currency earlier this year throughout the whole of Asia. Following its initial success, other commercial retailers have announced the introduction of Pakcoin as a form of payment, and is currently being used by customers to pay for their purchases. Mr. Abu Shaheer, the founder of Pakcoin, recently commented in an interview that he had been working on a number of computer projects for over 15 years, while describing himself as a computer geek. He added: “Crypto currencies have been around for a number of years, though I only truly realized their true potential back in 2013.”

The man behind Pakistan´s leading crypto currency stated that the inspiration behind Pakcoin came from Auroracoin, an Icelandic based digital currency, which he came across in 2014. He added: “With Pakistan being the fourth largest global freelancer market, I knew our country would soon need its own digital currency, so I proceeded to put my Pakcoin project into action.”

According to Pakcoin’s founder, the crypto currency is based on Litecoin, described as a peer-to-peer digital currency enabling instant, low cost payments to anybody in the world. He added: “Just like Litecoin, Pakcoin is an open source worldwide payment network, and completely decentralized from any central authority. The digital network is completely secured by mathematics and empowers people to have complete control over their own finances.” He also said that their main focus today was to make the crypto currency a lot more adaptable in a real life scenario, similar to POS payments and merchant apps.

Mr. Shaheer also mentioned that they planned to make Pakcoin an acceptable form of payment online and in local stores all over Pakistan, but that it would take some time to put into action. He added: “We plan on educating a large segment of the Pakistani population as well as government officials who are all still unaware about the benefits of crypto currencies. Despite the work and effort needed to make Pakcoin a household name, I am very hopeful about the future of Pakcoin as Pakistan´s leading crypto currency.”

In order to raise awareness about the Pakcoin crypto in Pakistan, 50 PAK are available for free to the first 150,000 Pakistanis who claim them. More Pakistan crypto currency information and the latest news about Pakcoin can be found on their official website, www.pakcoin.io