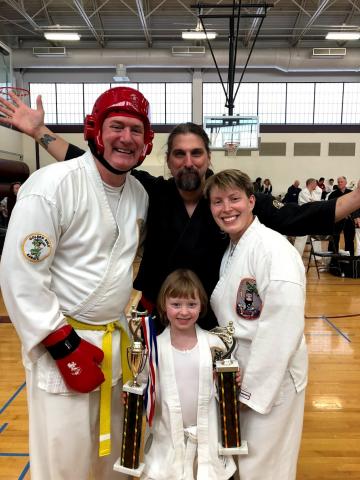 More information about Golden Rule Karate is available at https://www.njkarate.org

The Kings Karate Camp at Kittatinny Valley State Park near Twin Lakes, NJ is scheduled for Saturday, the 10th of August, 2019. The all-day training event is between 10 AM and 4 PM with a training charge of $45 and a spectator cover of $10 that includes lunch.

According to a spokesperson for the Warren County Karate dojo, “We are happy to welcome students, participants, and guests to the King’s Karate Camp. We look forward to helping martial arts students and enthusiasts of all ages achieve fitness and learn Isshinryu karate at beginner, intermediate, and advanced levels.”

Golden Rule Karate & Fitness is a martial arts training and fitness facility located on Wall Street in Oxford, NJ. The dojo has imparted education in Isshinryu karate for more than 20 years and is the home of the Tri-State Golden Rule Karate Championship.