Humanitarian Sir Bruno Serato is taking his message of hope throughout Europe by sharing his experience starting Caterina’s Club, a nonprofit that feeds hungry children, finds permanent housing for families in need and trains at-risk youth careers in hospitality. 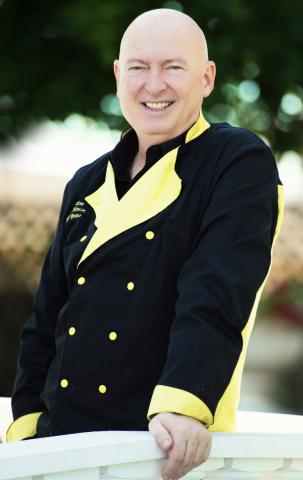 Sir Bruno Serato is taking his message of hope throughout Europe as he travels from country to country making TV appearances and granting print/Internet interviews. Serato, the famed chef of the Anaheim White House Italian Steakhouse in Southern California, has earned international recognition for having started Caterina’s Club. The nonprofit, which is named after his beloved mother, feeds hungry children, finds permanent housing to families in need and gets at-risk youth off the streets and trains them for careers in hospitality. During the tour, he hopes to inspire the public to “take that first step no matter how small” and make a difference in the lives of others.

Among the points Serato is emphasizing, “You don’t have to start off rich or famous nor do you have to do something as monumental as starting your own nonprofit to make a difference in the lives of others.”

Though he was born and raised in Europe, Serato arrived in the U.S. in the late 1970s from his native Italy speaking no English with only $200 in his pocket. Through hard work and determination, he worked his way up from busboy to owner of the critically acclaimed Anaheim White House Italian Steakhouse whose patrons include U.S. Presidents, sports stars and celebrities.

He launched Caterina’s Club in 2005 after he and his mother, Caterina, visited a local Boys and Girls Club where they saw a young boy eating a bag of potato chips. When she learned that the snack was all he had for dinner, she and Serato went back to the restaurant where they prepared pasta dinner for all of the kids and each day since then he has carried on the tradition. Today, he feeds some 5,000 children daily.

The nonprofit eventually expanded its mission by moving “motel families” — those living in squalid conditions in cheap motels — into permanent housing and starting the Hospitality Academy to divert high school students from gangs and other bad influences and teaching them about the food, hospitality and service industries.

For his humanitarian work, Serato has earned international publicity including profiles in People Magazine, CBS, NBC, CNN as well as newspapers and magazines the world over. Among his many honors: CNN Hero, knighted by the Italian government, knighted by the House of Savoy, Ellis Island Medal of Honor, papal blessing from Pope Francis, humanitarian award on the steps of the U.S. Capitol, and numerous proclamations, Man of the Year awards and other forms of recognition — all of which he accepts to generate public awareness of the needs of our most vulnerable population – our children. For more information, visit www.caterinasclub.org