Regarding Federal Pacific Electric: "They represent an abnormal hazard and they should be replaced.". For an Electrical Hazard Protection Assessment, go to bit.ly/sparksmith and SAVE $150 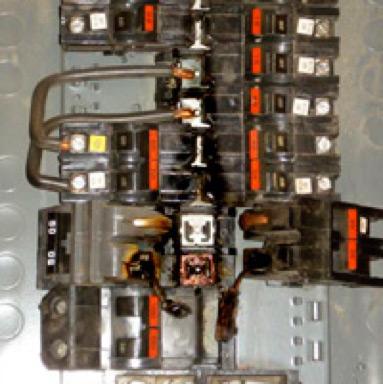 Circuit breakers have caused thousands of fires every year. Many fires from faulty circuit breakers occur in neighborhoods like Piedmont, Grand Lake, Montclair, and Trestle Glen.

Federal Pacific Electric Company (FPE) was one of the most common manufacturers of circuit breaker panels in North America from the 1950s to the 1980s. Federal Pacific circuit breakers are in millions of homes nationwide, including thousands of bay area houses. To have a professional look at your breakers visit this page, https://bit.ly/sparksmith

A circuit breaker is a safety device that stops the flow of electricity when there is an excessive demand or short circuit, but only if they are working correctly.

When a breaker fails, the electricity is NOT stopped. The result can be an overheated breaker that starts a fire in the surrounding area.

It turns out that Federal Pacific was cheating on the testing to get approval to use their breakers. The company, which was sold, was using a hidden remote control to trick inspectors if the breaker did not trip when required to.

The company that purchased Federal Pacific said ” UL listings on circuit breakers made by Federal Pacific have been previously obtained through the use of deceptive and improper practices.”

Dr. Jesse Aronstein spent over 20 years investigating and testifying about Federal Pacific breakers. He said, “There is no inconsistency and no dispute, as to the fact that they are defective.”

An FPE circuit breaker panel may operate correctly for years, but just one over-current or short circuit can lead to overheating and fire.

What can you do if you think you have Federal Pacific Electric’s breakers in your Oakland home?

Be aware of safety procedures for your Bay Area home. Especially, do not overload a circuit with too many appliances or fixtures.

The best thing you can do to protect your family from fire and possible death due to Federal Pacific breakers and other deflective electrical units is to have your home thoroughly inspected by a licensed electrical contractor.

Your loved ones and property need to be protected by a professional, not a handyman or general contractor.

During this proprietary assessment, they will look for Federal Pacific Electric components as well as Zinsco, Sylvania, and other known default electrical panels.

To see a summary of the 14-Point Electrical Hazard Protection Assessment. and get a $150 savings, you can go to bit.ly/sparksmith.