Succession Plus is pleased to announce that Amreeta Abbott, a founder of NowInfinity (which sold earlier this year to Class for $25mil) has joined Succession Plus as a shareholder and board member 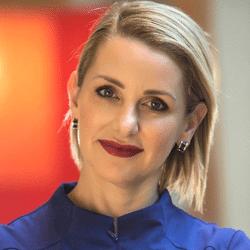 Succession Plus is pleased to announce that Amreeta Abbott, a founder of NowInfinity (which sold earlier this year to Class for $25mil) has joined Succession Plus as a shareholder and board member. Her expertise and experience in fintech success and scaling professional service businesses will be invaluable.

Further, having been through a very successful exit, Amreeta has first hand knowledge of the trials and tribulations and the detailed preparation involved to maximise business value and successfully exit. Amreeta on announcing her decision stated “Craig West and the Succession Plus team have built a process specifically focused on helping business owners maximise their value and having just completed an exit, I can see the importance for Australian business owners in getting this right.

The baby boomer generation represents the largest transfer of wealth in history and getting that right has a critical impact on peoples live and the wider economy. I am now focused on building out the tech platform to make the process more widely available. “

Vitalii Symon, a co-Founder and the former CTO of NowInfinity will be joining the IT team of Succession Plus to bring efficiency via software, empower the Succession Plus global team with cutting-edge cloud components, including Microsoft, Xero, and other world class technology stacks and ecosystems.

Craig West, CEO of Succession Plus explained the strategy to bring Amreeta on board as a key part of the businesses growth phase – “ I have known Amreeta for over 15 years and watched NowInfinity grow and develop into a highly valuable, scale business – the experience and knowledge that Amreeta brings to the table is substantial and just what we need to take our business to the next level of growth. We are part way thru a major software build to scale our offering to the market and her experience and personal network will add substantial value to that process”.

Succession Plus is Australia’s largest Business Succession and Exit planning advisory firm with offices in all capital cities, as well as NZ and the UK. They have seen a substantial increase in interest in Employee Share Ownership Plans thru COVID and grew 40 % in the last 12 months.