Northampton computer repair company warns business owners against a new trick that sees them paying thousands of pounds in Bitcoin - to prevent potentially embarrassing videos from being released. 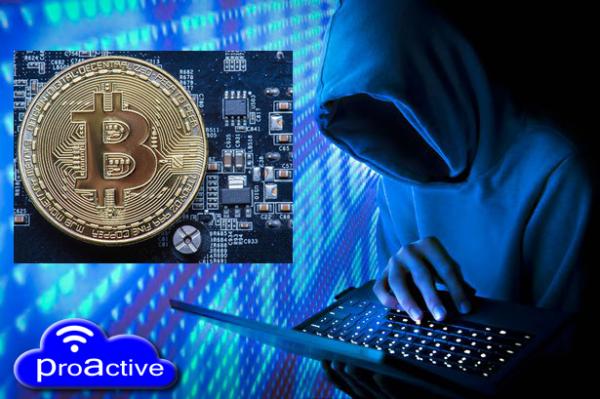 A number of local business owners and managers in Northampton have fallen for a new trick that sees them paying thousands of pounds in Bitcoin – to prevent potentially embarrassing videos from being released.

Yet the trick has now been revealed as nothing more than a clever bluff. And can be prevented with a webcam cover costing just £3.

“The trick is clever, because it targets the deep emotional fears of intelligent people with lots to lose,” Peter said.

“They get an unsolicited email from a cyber trickster claiming to have a webcam video recording of them browsing the web during their personal time. It’s not specific about what has been recorded, which means the reader jumps to their own conclusion.

“Critically, the trick email also contains their password, which makes them believe they have indeed been hacked and secretly videoed. Some people submit to the trickster’s requests in desperation. They send off £1,000 or more of Bitcoin, to prevent the video being released.”

Peter added: “What most people don’t realise is that this hasn’t been targeted specifically at them, and there is no video recording at all. It’s a generic email sent to millions of people whose security has been breached in the past.”

Every laptop and phone released these days have built in webcams.

It is possible for the cameras to be operated without people realising it – although this is rare.

Peter said: “Our advice to Northampton business owners and managers is to do three things.”

“First, fit sliding webcam covers to all of their devices. Second, reset all passwords and use a password manager. This fills in passwords automatically, so they can use a set of unintelligible characters rather than a word they’ll have to remember.”

“And third not to panic if they do get a dodgy looking email. They should not be embarrassed. Talk to a data security expert who sees this sort of thing every day and can offer invaluable context.”

Peter Ravi has offered a free webcam cover to any local business owner or manager who is worried about this scam. They should visit Proactive IT Support Ltd and book a 15 minute data security review.

Proactive IT Support was formed many years ago and now looks after hundreds of local businesses in the Northampton and Milton Keynes area.