The counsel for Mr. Fazeli would like to set the record straight for their client. Mr. Fazeli had no involvement in hacking or attempting to hack any celebrity Twitter accounts and did not solicit payments in Bitcoin from any Twitter users. 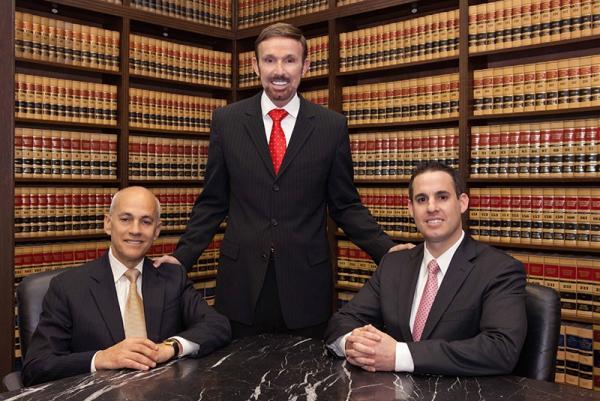 TUSTIN, Calif., September 1, 2020 – On July 31, 2020, the US Attorney’s Office issued a press release titled “Three Individuals Charged for Alleged Roles in Twitter Hack“. Wallin & Klarich, A Law Corporation argues that the US Attorney’s Office press release gives the misleading impression that Mr. Fazeli and the two other persons mentioned in the press release worked together to compromise “over 100 social media accounts and scammed both the account users and others who sent money based on their fraudulent solicitations.”​ Nima Fazeli has hired the legal counsel of Wallin & Klarich, A Law Corporation to represent him in the United States District Court for the Northern District of California, United States vs. Nima Fazeli, Case No. 3:20-MJ-71049 MAG.

The counsel for Mr. Fazeli would like to set the record straight for their client. Paul Wallin, Senior Partner of Wallin & Klarich, states that “Mr. Fazeli is a student at the University of Central Florida planning to graduate in December 2020 with a degree in finance and plans to attend graduate school to pursue a Master’s in Business Administration. Nima has no prior criminal record and no prior history of arrests. He comes from an educated family that is very loving and supportive.”

“When any governmental agency chooses to issue a press release alleging criminal conduct, it is imperative that they take the time to make clear what crimes they are alleging against each person mentioned in their press release. People’s lives and reputations can be and often are severely damaged when they do not do so. The US Attorney’s press release issued on July 31 did not properly clarify the charges being levied against each defendant and has miscast Mr. Fazeli’s role in this legal claim,” Mr. Wallin added.

Mr. Wallin continues, “The truth is that Mr. Fazeli had no involvement in hacking or attempting to hack any celebrity Twitter accounts and did not solicit payments in Bitcoin from any Twitter users. In fact, our client is not being criminally charged with having anything to do with the celebrity Twitter hacking or Bitcoin solicitations. He is being accused of one unrelated charge.”

The press release by the US Attorney stated: “The allegations of a criminal complaint are merely allegations, and the defendants are presumed innocent unless or until the allegations against them are proved beyond a reasonable doubt.” In this case, Mr. Fazeli has entered a plea of not guilty.

At this time, the Counsel for Mr. Fazeli requests that the media not reach out to Mr. Fazeli or his family directly.

Please contact Attorney Paul Wallin or Jonathan Lynn of Wallin and Klarich for further information or comment on this legal matter at (714) 730-5300, or by email at pjw@wklaw.com or jml@wklaw.com.