The 27 year old lawyer's appointment as Managing Partner of GLP's Perth Office makes him the youngest in the region and on par with Bargate Murray's Adam Ramlugon in London. 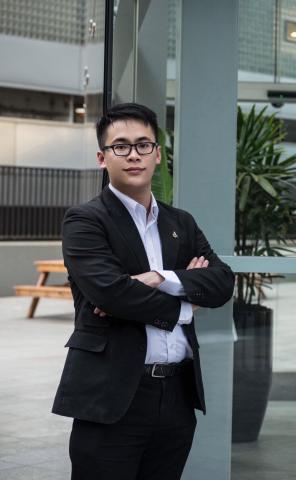 He may not be well known but Nigel Lo is the man to go for access to Malaysia’s ultra high networth families and their scions.

“He is the only person who straddles both business and politics within the inner circle, and what he says matters very much to his clients and the people he works with,” said a Malaysia-based executive.

When he is not in the office, Mr Lo spends his time travelling and rubbing shoulders with members of Malaysia’s establishment. The young lawyer’s meteoric rise comes just four years after his admission to practice as the Supreme Court of Western Australia in mid 2016.

For the greater part of his life, Lo had his heart set on a career in law. “I have always had my eyes set on a career in law. I wanted to follow in the footsteps of my father who did not come from a wealthy family but worked his way up to become one of the most prominent lawyers in my home state of Sarawak in East Malaysia” Lo recounts, “Being a lawyer for me isn’t just about wheeling and dealing with the big guys. We represent people from all walks of life and we take on a number of pro-bono cases a year as a way of giving back to the community”.

In his interview with the Brief, Lo recounts his struggle having been diagnosed with ADHD at a young age. “My parents were worried and most teachers in Malaysia at the time had very rarely encounted students with ADHD which made things even more difficult…I was never an A-grade student but I knew exactly what I wanted and I had a plan on how to get there.”

Fast forward to today, Lo is not only the youngest ever Managing Partner in South East Asia, he is the brains behind the digital campaign of the largest independent political party in Sarawak that was co-founded by his father George Lo who currently serves as the party’s influential Secretary General.

It seems that the young lawyer is leaving little to no room for regret.

“I’ve been very committed to seeking opportunities for professional growth. The advancement which followed was something I did not expect. I soon realised half way through my time as a restricted lawyer that I wasn’t going to follow the norm and set up shop in my late thirties or early forties. Legal experience itself does not necessarily translate to more clients and more work. On the other hand, having a significant network of clients, friends and associates will”.

Lo says he is grateful for the support from various mentors throughout his life that have shaped his vision and he hopes to take the Perth office of GLP Lawyers International to greater heights. “We have invested heavily in artificial intelligence and automated legal technology. We run an almost paperless law firm with extremely low overheads and this gives up a competitive advantage to traditional law firms”.