Even if you haven’t ridden a bike in years, riding a bike is a skill that is easily picked up again and the new Smartmotion Mid City gives you a good reason to give this new style of cycling a go. 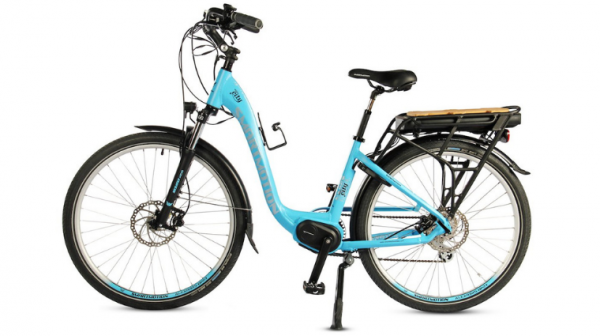 The fastest growing sector in bike riding today are e-bikes or Electric bikes. E-bikes are just like any other bike except they are power assisted.

More information can be found at: http://electric-bikesdirect.com.au/smartmotion-mid-city/

You still have to pedal but as the pedals are turned, the power kicks in to help you. A torque sensor is built into the drivetrain which detects how much force you’re putting through the pedals, and the motor then distributes the power assistance accordingly.

Power assistance doesn’t mean you’re cheating. In fact, electric bikes help you go further and see more during your ride. You can take on those big inclines and other challenges that would have previously been too difficult. There’s no denying that electric bikes do require less effort compared to traditional bikes and that’s great If you’re building up your fitness.

The electric motor is there for you to rely on in challenging moments on the trail or on your commute, making it less stressful, resulting in a calmer beginning to your work day that will carry through until it’s time to bike home.

In an online article the RACV is quotes as saying “ e-bikes can also alleviate some pain points of other transport modes, such as cars and public transport. Whether you drive your car to work and sit in traffic most of the way, or catch a crowded train a short distance because you don’t feel fit enough to ride your bike, it’s worth considering whether an e-bike could make your journey more enjoyable.”

So whether you are looking to alleviate some of the stress and improve your health during your commute to work, take a leisurely ride at the weekend or seriously hit the mountain bike trails SmartMotion have a e-bike that is suitable for all of these uses and more.

Designed with the Australian environment in mind, SmartMotion bikes are New Zealand designed and are the top selling electric bike brand in the country. The high quality bikes are recommended by Choice Magazine and Ride On Magazine, and have received global recognition with a Best Value Awards in the UK. As part of its commitment to the customer, their first 200 km bike warranty service is free anywhere in the country.

Watch this new video on the Smartmotion Mid City: https://youtu.be/lqlLbydM4_w

Full details of the bikes available through the company, including the popular new Mid City electric bikes, are available at: http://electric-bikesdirect.com.au