Kelly Carrero is launching her brand new book, “Shadow Realms”, available through Amazon targeted at fans of the Adults 25-45 world. More information is available at: https://kellycarrero.com 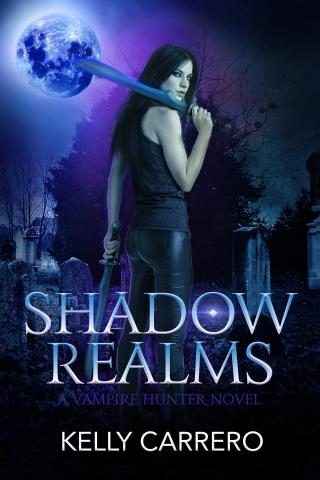 USA Today Best Selling Author Kelly Carrero is launching her brand new book, “Shadow Realms”. The book is set to go live January 1st 2019, available through Amazon and is expected to become a big hit with fans of the young adult genre.

More information on the book can be found here: https://www.facebook.com/kellycarreroauthor/

This is the Twentieth book Carrero has authored. The book was written with the aim in mind to immerse readers into a fantasy world filled with Vampires, Demons, and Witches. . There’s also particular excitement about this launch because it is the first book in a new series..

Kelly Carrero has a background in Finance and Banking. This helped shaped the creation of the book looking to escape the reality of the finance world.

When asked about why she wrote the book, Carrero said: “My fascination with the Paranormal World”

Carrero has hopes that the book will allow the readers to become immersed in a world filled with hope amongst the evil that surrounds them.. This positive outlook from the author is certainly testament to their optimism considering some of the mishaps during its creation. At one point there were several mishaps, for example at one point her computer crashed and she had to rewrite a large percentage of the book again.

In a recent interview, the author made a point of thanking her readers for their continued support in the creation of the book, saying: “I want to thank everyone that’s involved in the production of this book”

Those interested in learning more about Kelly Carrero and the book can visit here: https://kellycarrero.com