New York City recently sought to curb the expansion of Rideshare companies Lyft and Uber by passing bills to freeze the number of new drivers and increase the pay of those drivers. Increase in rideshares seems to equate to an increase in traffic and accidents. 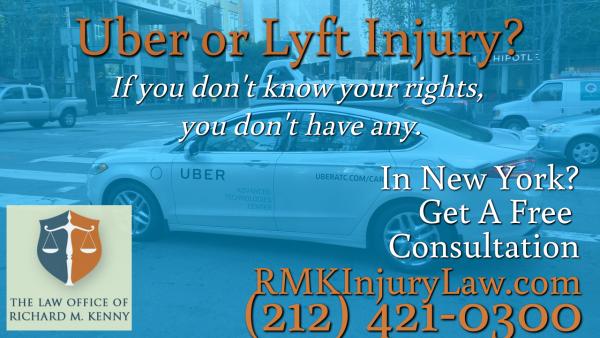 On Wednesday, August 8th of this year New York City became the first major city to limit the number of uber and Lyft vehicles allowed on the road as well as set a minimum wage for those drivers. This comes on the heels of years of negotiation back and forth between NYC lawmakers, Rideshare companies, drivers groups, and lobbying on the part of more traditional rideshare organizations like the Yellow Cab Company. The object of the package of bills which passed 39 to 6 was to establish some boundaries for Transportation Network Companies (TNCs), Towing at least in part 2 issues surrounding the wages of the drivers as well as an increased amount of traffic and congestion around the city. Naturally Uber and its fellow Rideshare companies have publicly opposed the bills with an aggressive public campaign, particular with emphasis on freezing the addition of new licensed vehicles to their fleets.

In recent years the number of rideshare, “ride-hail,” or “vehicles for hire” on the roads of New York City has gone up by almost 500%, very much the result of an increased interest in part-time Moonlighting positions with these companies in order to earn extra money on the side. Along with this influx of new commercial drivers comes an increase in potential accidents with drivers who do not have as much driving experience.

The Law Office of Richard M. Kenny specializes in all manner of injury accidents, and serves all residents of New York City, serving all boroughs, including Queens, the Bronx, Brooklyn, Long Island, Manhattan, and Staten Island. In the boroughs of New York City, a free consultation can be had by contacting the Law Office of Richard M. Kenny at 212-421-0300 and speaking to an attorney specialist at no cost, or by visiting https://www.rmkinjurylaw.com/free-lawyer-consultation-nyc/

The evidence is pretty clear that the abundance of ridesharing options out there has actually served to decrease the number of drunk driving incidences by a few percentage points. They also provide better access to Safe Transportation which has not been as available for certain groups.

However the University of Chicago’s Booth School of Business has attempted to pin down the exact percentage of the number of crashes which are caused by ride-hail companies like Uber and Lyft’s increase of drivers, and it seems to be the case that between 2% and 3% of the number of crashes in any given area can, in fact, be linked to the introduction of rideshare companies. Many of these drivers have significantly less experience behind the wheel and so may in fact be culpable for a slight increase in the total number of accidents.

Pedestrians and other residents of New York City who have been involved in an accident that was the fault of a rideshare driver, whether it was Uber, Lyft, a yellow cab, or some other company, should immediately check to make sure there are no medical issues and if there are should then immediately pursue determining what their rights are in that situation by speaking to a confident automobile injury attorney who specializes in Rideshare law, like the Law Office of Richard M. Kenny.

In the boroughs of New York City, contact the Law Office of Richard M. Kenny at 212-421-0300 and speak to an attorney specialist at no cost. More information can be found on their website, https://www.rmkinjurylaw.com/blog/3-faqs-about-lyft-uber-accidents-involving-pedestrians/