Pegalis Law Group, LLC announces that it has secured a settlement for an infant girl. The infant suffered severe, irreparable, and permanent damage to her brain and central nervous system following birth. Pegalis Law Group was able to secure a settlement of over $7.5 million. 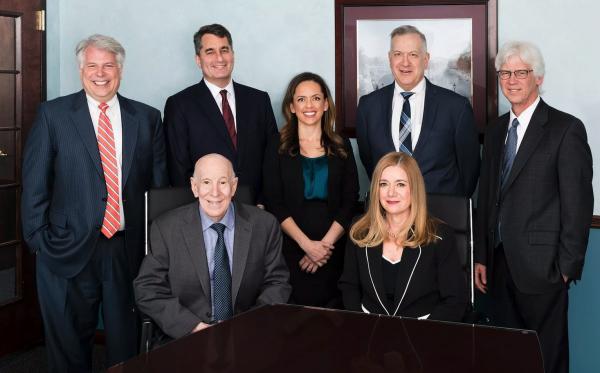 The New York medical malpractice/personal injury law firm of Pegalis Law Group, LLC announces that it has secured a substantial settlement for an infant girl who suffered severe, irreparable, and permanent damage to her brain and central nervous system following her birth.

The infant’s mother received prenatal care from the defendant obstetrician/gynecologist from 2013 to 2014. The prenatal course proceeded uneventfully. However, in June of 2014, the patient presented to the hospital with fetal bradycardia (abnormally low heart rate in the infant). The mother described the pain she was experiencing as a 10 out of 10. Due to a drop in the infant’s heartrate, the patient was brought to the delivery room and the infant was delivered. Apgar scores were assigned, which tests five parameters in newborns—heart rate, muscle tone, skin color, reflexes, and respirations—for the purpose of assessing the need for resuscitation. The low scores indicated that resuscitation was required immediately.

Just a few minutes after her birth, the infant’s oxygen saturation was abnormally low. The doctors performed chest compressions for 23 minutes while one of them attempted intubation, but she was unsuccessful. She asked the anesthesiologist for assistance with intubation, but they first needed to suction the thick layer of meconium that was blocking the infant’s airway below her vocal cords. After the meconium was removed, the anesthesiologist successfully intubated the infant. However, her heart rate was still very low and as such, epinephrine was administered to raise her heart rate.

The infant was then transported to the neonatal intensive care unit. Upon arrival, she was put on a ventilator; IV access was attempted but failed. The hospital had to call in another doctor because they could not obtain IV access in the infant. Upon this doctor’s arrival at the hospital, he nasally intubated the infant, successfully established the IV lines, and gave the infant glucose. The infant was noted to have improved, but the delay in resuscitation was a clear departure from good and accepted medical practice. She was then transferred to another hospital, where she remained intubated for about a week and was then weaned to room air. When she was discharged two weeks later, the infant was noted to have seizure activity and was administered an anti-convulsant drug.

During court proceedings, Pegalis Law Group’s trial attorney claimed that the resuscitative efforts for the infant did not meet the standard of care and took too long, causing her profound and permanent brain damage. She should have been intubated within two minutes of life; however, it was not until seven minutes after delivery that intubation was attempted. There was also a delay in the administration of the medication to raise her abnormally low heart rate. Additionally, the glucose levels should have been drawn within the first 30 minutes of life and needed to be corrected as soon as possible.

As a result of the hospital’s negligence, the infant plaintiff now suffers from hypoxic ischemic encephalopathy, spastic quadriparesis, microcephaly, a poorly controlled seizure disorder, and motor and language delay. For the remainder of her life, she will be unable to function normally or to care for any of her own needs and will always be dependent on care givers. Pegalis Law Group was able to secure a settlement of over $7.5 million for the plaintiff.

Pegalis Law Group, LLC is a New York law firm for those suffering as a result of avoidable medical errors and personal injury. In nearly 50 years of practice, they have won some of the largest verdicts in New York State history and strive for medical accountability to ensure safer medical practices for better patient care. Visit them at https://pegalislawgroup.com.