A breakthrough in natural healing and alternative pain relief has been announced by a cutting edge German company, who has released a revolutionary and affordable wearable device to help sufferers of chronic pain. 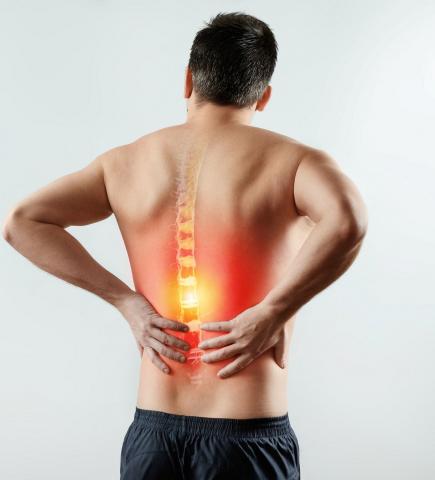 A breakthrough in natural healing and alternative pain relief has recently been announced by cutting edge German company, TimeWaver, who has released a revolutionary device to help sufferers of chronic conditions such as arthritis, fibromyalgia, sciatica, arthritis, ME/CFS and muscle and joint pain, as well as many other illnesses. The Healy is a wearable device which combines Individualized Microcurrent Frequency (IMF) programs with smartphone technology. This enables the user to choose from a multitude of programs targeting their specific needs, and to reap the benefits through a wearable device.

In a world filled with the most sophisticated intelligence and technology mankind has ever seen, people are becoming increasingly unhealthy or obese, or are aging prematurely, and more and more of those people are seeking natural alternatives to conventional medicine.

The Healy is a unique microcurrent frequency device that resonates through the body and calculates the encrypted data in the cloud and then sends the user customized frequencies.

Based on over a decade of experience with over 2,500 doctors and therapists and over 500,000 treatments, this cutting edge product uses up to 140 specific programs spanning 144,000 frequencies, all built to enhance every area of the user’s life.

Frequency is everywhere in life, in everything; in song, light, sound and micro currents. For example, the right frequencies can increase ATP production in our cells. ATP is considered to be the energy currency of life.

It is the high energy molecule that stores the energy we need to do just about everything we do. Body cells lose energy over time. With proper frequencies and microcurrent, body cells can increase energy levels and repair damage in the body. Frequencies can bring back energy to cells and help the body and organs function more effectively.

In the 1920s and 1930s, a new technology was developed which passed electromagnetic frequencies through the body.

This research continued until in the 1940s, several researchers, including W. Gray Walter, utilized powerful electronic strobes with new versions of EEG instrumentation to alter brainwave activity, producing states of profound relaxation and imagery. In 1949, brainwave signals were brought to the screen with the invention of the Tuposcope. This breakthrough allowed the tracking of brain-wave patterns (Beta, Alpha, Theta and Delta). Within five years, hundreds of hospitals were compiling EEG’s.

Picture a series of peaks and valleys, much like the skyline of a mountain range. When you are asleep, in Delta, those peaks and valleys are at both their highest and lowest points and appear to be spread out. As you gradually awaken and become more alert, progressing from Theta into Alpha, the peaks and valleys begin to shrink in size and are spaced closer together. Then when you are in your normal waking state, Beta, this “mountain range” is at its smallest level, with very little space separating the peaks from the valleys.

In the ’50s and ’60s, research on Zen and Yoga practitioners showed a predominance of alpha and theta waves during meditation. These findings were made through the data collected by researchers including M.A. Wanger of the University of California at Los Angeles; B.K. Bagchi of the University of Michigan School of Medicine; and B.K. Anand of the All India Institute of Medical Sciences in New Delhi (Ditson-Sommer 1995).

In the ’80s, after light and sound were explored more deeply, expensive devices were developed that were priced at anything up to $50,000, making the technology too expensive for the average user. The Healy has changed that by consolidating the technology used in the original, more expensive devices to produce a more effective, less expensive and more convenient, wearable device. Prices start at $470, which means this incredible technology can now help millions of people across the globe.