A new docuseries entitled “Endgame: The Coming Collapse and How to Survive It” has been announced. The series, which was made by Revealed Films, offers advice on preparing for possible disasters. 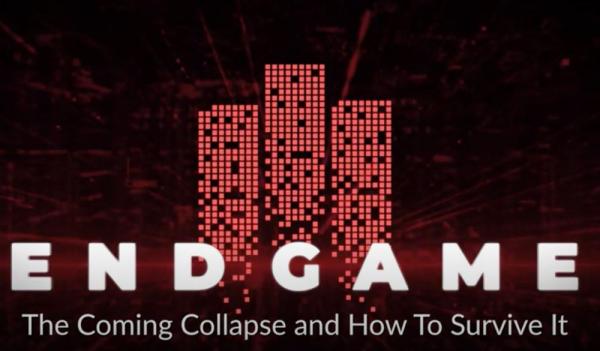 Revealed Films has announced the upcoming launch of a 10-part docuseries covering survival strategies for catastrophic events. Premiering May 25th, the series offers insights into various kinds of natural and man-made disasters, discussing the forms that such catastrophes might take and how to address them.

More details are available at https://www.ro20trk.com/FNX4R/6JHXF

The newly announced docuseries aims to provide its listeners with the tools to mitigate an array of dangers and concerns.

Natural disasters are becoming increasingly prevalent across the world. According to research reports, during 2020, there were approximately 8,100 deaths as a consequence of natural disasters, and the global economic losses associated therewith amounted to an estimated $268 billion.

Revealed Films’ docuseries, titled “Endgame”, features several global experts who advise viewers on how to surmount the obstacles caused by any form of calamity. The advice offered as part of the series emphasizes survival prepping and making such preparations on a budget.

The expertise offered through the docuseries includes guidance on prepping, the significance of essentials such as shelter, food, water, fuel, heat, and power. Economic collapse is also taken into account, and the series offers viewers direction on where to keep and invest money.

Other topics discussed throughout the ten-part series include education via home-schooling, censorship and information, health and related concerns, and the mistakes often made by fellow survivalists.

Events cited by Revealed Films as evidence of the docuseries’ importance include the winter blackout recently faced by Texas, wildfires that have caused displacement across the United States, and the struggles associated with the current pandemic.

Dr. Patrick Gentempo, CEO of Revealed Films, is committed to sharing information designed to promote awareness of possible disasters. He aims to reveal how the effect of disasters can be mitigated or averted at an individual and family level.

Dr. Gentempo said: “I invite people to join us for the premiere event of “Endgame: The Coming Collapse and How to Survive It.” We will deliver all the information individuals and families need to help them understand what is happening, and we’ll help everyone to prepare so that they and their families can be safeguarded.”