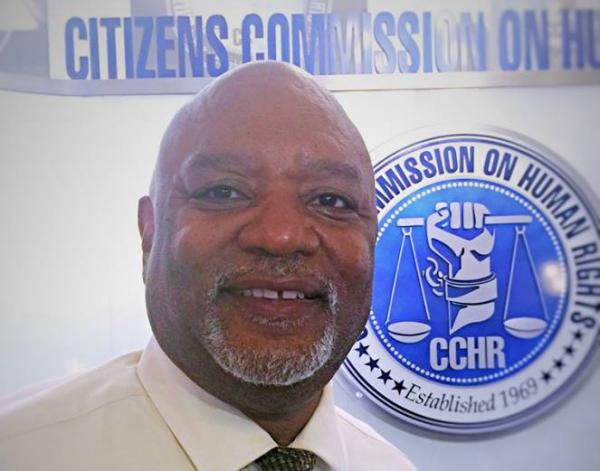 Rev. Frederick Shaw, Executive Director of the NAACP Inglewood-South Bay branch and spokesperson for the Citizens Commission on Human Rights International (CCHR), a mental health industry watchdog, said today’s united voice against racism should also recognize the abuse and deaths of African Americans in psychiatric facilities. He said a centuries-old racist “medical model” in the mental health system still exists. Shaw cites the recent death of 16-year-old African American, Cornelius Frederick, who was put in a restraint hold for throwing a sandwich in a Michigan for-profit psychiatric facility. According to the family’s attorney, Frederick started yelling “I can’t breathe!” before passing out. Thirty hours later, he was dead.[1]

Shaw wants all restraint use banned.

· African Americans are over-represented in restraint-related deaths of children and adults with disabilities, accounting for 22% of the deaths studied while representing 13% of the U.S. population.[2]

· In one state, African Americans are disproportionately subjected to coercive and restrictive measures, including 72-hour involuntary commitment, seclusion, restraints and being forcibly drugged.[3]

· The Civil Rights Data Collection of School Climate and Safety Report (2018), said representing about 15% of the total enrollment, African American students accounted for 27% of restraints and 23% of seclusion in schools.[4]

In 2000, federal regulations were passed to make psychiatric restraint deaths accountable but with little impact. It followed The Hartford Courant series that found up to 150 restraint deaths each year. One of those was 16-year-old Roshelle Clayborne, an African American girl who was slammed face-down on the floor in a restraint hold in a Texas psychiatric facility. “I can’t breathe,” she pleaded. She became suddenly still, blood trickled from the corner of her mouth as she lost control of her bodily functions. Her limp body was rolled into a blanket and dumped in a seclusion room. No one watched her die, the Courant reported.[5]

Shaw warns against current offers to increase mental health funding to “treat” African Americans, saying that “to oppress a race, and then label its normal reaction to this as a ‘mental illness,’ is morally wrong, dangerous and betrayal.”

He said psychiatrists and psychologists have stereotyped or profiled African Americans as violent which has seeped into society at many levels. During the Civil Rights movement in the 1960s, psychiatrists invented “protest psychosis” to describe Blacks participating in the movement and claiming it was a symptom of “schizophrenia.”[6]

In 2017, the New York Law School Journal reported: “Behavior by African-Americans is more often interpreted as ‘dangerous’ than identical behavior by whites.” They are also more often diagnosed with a psychiatric ‘conduct disorder’ than whites.[9]

That the American Psychiatric Association now speaks out condemning racism is hypocritical, Shaw says. In 1792, Benjamin Rush, still an icon of the APA and the “father of American psychiatry,” declared that Blacks suffered from a disease called Negritude derived from leprosy. The “cure” was when the skin turned “white.” Like lepers, Rush said, they needed to be segregated to prevent their “infecting” others.[10] Rush also said Blacks were able to endure surgical operations and pain with ease compared to whites, citing where Blacks had held the upper part of a limb during amputation, calling this “pathological insensibility.”[11]

Runaway slaves were diagnosed with Drapetomania (drapetes, runaway slave, and mania, crazy) and Dyasethesia Aethiopis (laziness and impaired sensation). According to Dr. Samuel A Cartwright, Drapetomania caused Blacks to have the “uncontrollable urge” to escape their “masters.” The “treatment” was “whipping the devil out of them.”[12] It was theorized that Blacks were more durable to pain because they had evolved physiologically under the conditions of slavery.[13]

In a January 2020 article, Janice A. Sabin, Ph.D., research associate professor in the Department of Biomedical Informatics and Medical Education, University of Washington School of Medicine, showed this stereotypical view still exists: “Half of white medical trainees believe such myths as black people have thicker skin or less sensitive nerve endings than white people.” Sabin concluded: “As a nation, we must continue to reckon with the lingering history of racism in medicine.”[14]

Rev. Shaw is working with his NAACP branch and CCHR to produce materials for African Americans to educate them about continuing racism in mental health. He stated, “Tragically, ‘I can’t breathe’ is also an all-too common cry during restraint holds used in psychiatric hospitals and the practice should be banned across the boards.”

CCHR is the mental health watchdog responsible for more than 180 laws that now protect patients from damaging practices. DONATE to support its work here: https://www.cchrint.org/cchrint-donate/