As part of an ongoing campaign to restore rights and dignity to the field of mental health, CCHR has toured thousands through the exhibit which provides a history of psychiatry. 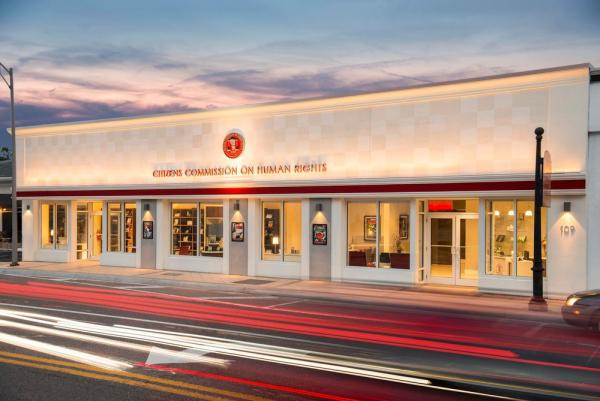 The Florida chapter of the Citizens Commission on Human Rights (CCHR), a non-profit mental health watchdog, has toured more than 8,000 people through the Psychiatry: An Industry of Death museum which opened in Clearwater during the summer of 2015. Listed as the 11th top rated museum in the area, the exhibit consists of 14 audiovisual displays revealing the hard facts about psychiatric abuses. During the two-hour self-guided tour, visitors are educated on mental health human rights issues via educational panels and videos created from interviews with over 160 doctors, attorneys, educators and survivors. CCHR opened the museum for the purpose of raising awareness on the history of psychiatry and to help create effective change to existing mental health laws. [1]

In addition to offering complimentary tours of the museum, CCHR hosts regular seminars and workshops on the mental health law, parent rights, alternative solutions and more. Delivered by attorneys and other professionals, these events are held virtually as well as in the Center, and are free and open to the general public. Several of the events are also approved as continuing education courses.

Of the thousands of people that tour the museum and attend the events are psychiatric nursing students brought by their professors to learn the truth about psychiatry. Students from schools such as Galen College of Nursing, Medical Prep Institute of Tampa Bay, Orange Technical College, Keiser University Clearwater Campus and Breckenridge College of Nursing at ITT-Technical Institute tour the exhibit and center as part of their clinical days and find the experience to be informative and eye-opening.

Additionally, CCHR offers regular showings of their award-winning documentaries on the mental health industry, including “Therapy or Torture: The Truth about Electroshock”. A gripping exposé about a psychiatric “treatment” that most people think was banned as torture in 1976 when the film “One Few over the Cuckoo’s Nest” won multiple Academy Awards, the documentary uses patient testimony, legal depositions and health care and biomedical experts to refute claims that electroshock “helps.” [2]

The museum is open daily and events on mental health rights, involuntary examination, psychiatric drug side effects and electroshock are held weekly and monthly. Both are open to the general public and free of charge. For more information please call 727-442-8820.