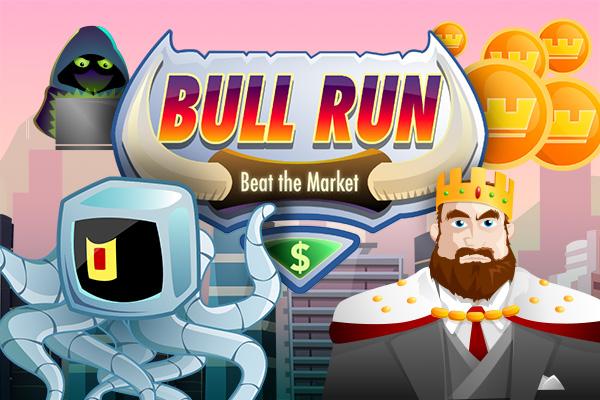 Bull Run also boasts of a unique and totally new proof of concept, connecting seamlessly with the Monarch wallet, allowing users to swap MT for Bull Run Credits and vice versa. It doesn’t matter if a user knows anything about digital assets, this game is meant to be a fun game that can be enjoyed by anyone like other great smartphone games. Bull Run also happens to be an ETH based game that allows everyone to enjoy a fun game that seamlessly connects with the Ethereum network.

“We made Bull Run to support our community, expand our user base, and introduce new people to the world of digital assets,” said Robert Beadles, President, and Co-Founder of the Monarch Wallet. “Our community means the world to us and we appreciate the opportunity to serve them. Bull Run makes it easy to play, compete, and earn in-game credits that can be turned-in for other kinds of digital collectibles”

All people need to do to participate is simply download Bull Run, start playing and they’ll start earning Bull Run Credits (BRC’s). Once a user has acquired 250,000 credits, at that point they will be able to turn-in the BRC’s for MT. The exchange process walks users through setting-up their Monarch Wallet, syncing the wallet to their account, and turning-in the BRC.

“Bull Run is one of the first games to utilize in-game credits that are swappable for other digital assets that exist outside of that specific game.” Said Robert Beadles, President, and Co-Founder of the Monarch Wallet. “This proof of concept can be further improved upon to include digital collectibles, tokens, skins, and more which could all be scaled and implemented with billion-dollar companies like Zynga, Supercell, or Niantic.

“Using this new technology, users would be able to exchange their in-game items and currencies between games or even game ecosystems. Said Sneh Bhatt, CEO, and Co-Founder of the Monarch Wallet. “Imagine being able to exchange credits you earned playing candy crush for a collectible skin in Call of Duty or PUBG for instance.”

Bull Run also has weekly leaderboards with prizes given each week to top players. ~33,750 BRC’s are up for grabs every single week to the top ten who rank in the world. Users can download the game for free, play the game to earn Bull Run Credits, while competing for the top ten rankings each week.