Millions Diagnosed as Mentally Ill Could be Suffering from Immune Disorder

New research has led to a belief that many people diagnosed as “bipolar” or “schizophrenic” may actually be suffering from a treatable immune system condition. 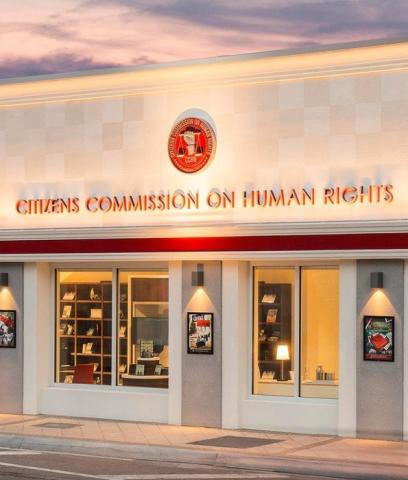 The discovery in 2007 of “anti-NMDA receptor encephalitis” which causes symptoms similar to schizophrenia or bipolar disorder inspired a study by researchers at Houston Methodist. Joseph Masdeu, MD, Ph.D was the principal investigator. A neurologist with the Houston Methodist Neurological Institute, Dr. Masdeu stated, “We suspect that a significant number of people believed to have schizophrenia or bipolar disorder actually have an immune system disorder that affects the brain’s receptors. If true, those people have diseases that are completely reversible — they just need a proper diagnosis and treatment to help them return to normal lives.”

Dr. Masdeu continues, “We know that nearly 1 percent of the U.S. population — or more than 3.5 million people — have schizophrenia. Another 2.6 percent of American adults have bipolar disorder. What we don’t know is how many of these patients actually have one of these treatable immune system disorders.” [1]

The Citizens Commission on Human Rights (CCHR), a mental health watchdog that works to restore basic inalienable human rights to the field of mental health, is very concerned not only about the misdiagnosis of treatable physical ailments as mental illness but also about the use of psychiatric drugs which come with dangerous and even deadly side effects.

For instance, one of the most commonly prescribed drugs to treat schizophrenia is Abilify. Some of the side effects of this drug are:

• thoughts about suicide or dying

• acting aggressive, being angry, or violent

• an extreme increase in activity and talking (mania)

• other unusual changes in behavior or mood [2]

A common psychiatric drug used to treat bipolar is Zyprexa. The side effects may include:

• tardive dyskinesia (this include slow or jerky movements that one cannot control, often starting in the mouth with tongue rolling or chewing movements.)

Drugs of this class have also been associated with higher risk of death, strokes, and transient ischemic attacks (TIAs) in elderly people with behavior problems due to dementia. [3]

“The failure to rule out non-psychiatric causes for the symptoms that a patient presents and instead labeling them as mentally ill is irresponsible at best,” says Diane Stein president of the Florida chapter of CCHR. “Adequate medical care is a basic human right that is being denied to millions of people.”

Additionally, the DSM (Diagnostic and Statistical Manual for Mental Disorders) has been criticized for labeling everyday upsets as “mental disorders” and this may be contributing to the misdiagnosis of people with treatable medical illnesses according to some experts.

Allen France MD voices his opinion in an online publication of Psychology Today stating, “…DSM 5 will harm people who are medically ill by mislabeling their medical problems as mental disorder.”

He continues, “Adding to the woes of the medically ill could be one of the biggest problems caused by DSM 5. It will do this in two ways: 1) by encouraging a quick jump to the erroneous conclusion that someone’s physical symptoms are ‘all in the head’; and 2) by mislabeling as mental disorders what are really just the normal emotional reactions that people understandably have in response to a medical illness.”

A new listing in the DSM 5 is labeled “Somatic Symptom Disorder” and Suzy Chapman, a UK health advocate, voices some serious concerns about this so-called “disorder.”

What would a person have to exhibit in order to necessitate treatment for “Somatic Symptom Disorder?”

“’A person will meet the criteria for SSD by reporting just one bodily symptom that is distressing and/or disruptive to daily life and having just one of the following three reactions to it that persist for at least six months: 1) ‘disproportionate’ thoughts about the seriousness of their symptom(s); or 2) a high level of anxiety about their health; or, 3) devoting excessive time and energy to symptoms or health concerns.’”

Ms. Chapman states, “Unless DSM-5 changes these incredibly over inclusive criteria, it will greatly increase the rates of diagnosis of mental disorders in the medically ill – whether they have established diseases (like diabetes, coronary disease or cancer) or have unexplained medical conditions that so far have presented with somatic symptoms of unclear etiology.” [4]