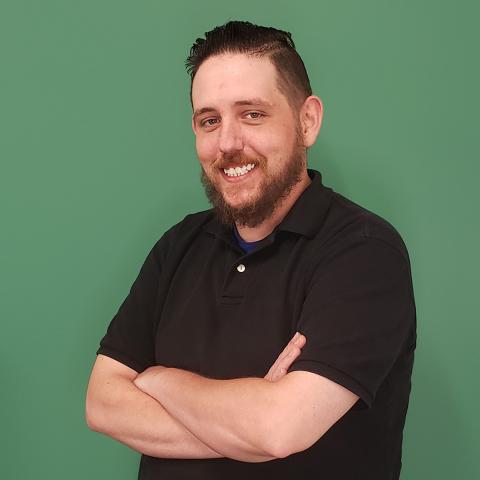 There’s something ironic about hiring a salesperson that doesn’t like cold calls or the sales mentality. But that’s exactly what happened when Michael Rico joined the Acumen Connections team as the new Sales Development Manager. It’s an unusual match that fits perfectly with the payment processor’s unusual brand.

Rico never really liked salespeople or cold calls because he’s not a fan of the car sales mentality, or the one-size-fits-all sales tactics. To Rico, finding a sales strategy that was genuine, but also effective, has been his true goal.

Rico respects other individuals working in sales. He just doesn’t enjoy the traditional sales mentality himself. Rico believes that, “the salesperson mentality can sometimes lead people to be pushy or one-track-minded. I don’t like it when conversations aren’t genuine. It’s hard to tell if someone has your best interests, or if they’re just trying to close a deal.”

So, Rico decided to flip sales on its head. He got rid of all the sales elements he dislikes. Instead of closing sales, the new Sales Development Manager focuses on opening lines of communication. Rico’s goal is to connect with other business leaders in the area.

With that mentality, Rico really seems like the perfect teammate for the payment processor that also flipped credit card merchant services on its head. The owner of Acumen Connections, Brian Staver, shares Acumen Connections’ story.

“I purchased Acumen Connections [because] I was sick of traditional processors. I hate [confusing] contracts, high rates, and locked in fee structures. So, I got rid of them. Instead, I created the type of payment processor I’ve always wanted to work with… Rico’s view on sales is very similar. I think it makes him a great fit for the team.”

Acumen Connections’ unusual payment processing strategy seems to be working. Acumen Connections has been providing card merchant services for over 20 years. During that time, they’ve helped many small businesses grow and succeed.

Rico brings 10+ years of sales and business development experience to the role. Before joining Acumen Connections, Rico was previously employed at King of Freight. During his time there, Rico worked in many different roles. He found success through being genuine and down to earth with everyone he met. He worked his way from Freight Broker, to Manager, to Regional Manager, and then finally the Vice President of Business Development. While in this role, he oversaw operations and helped grow the business through market research and sales.

Even before joining the King of Freight team, Rico worked in many different industries. One previous work experience stands out to him the most. For Rico, his first sales role was an eye-opening experience. Rico’s first job in sales was as an AT&T Leverage Sales Representative. Rico wasn’t sure at the time if sales was right for him. That is, until he met a teammate that changed his perspective.

Rico recounts his time at AT&T, “I didn’t like sales… it didn’t feel genuine to me. But fortunately, I was introduced to a coworker, Sean High, that ended up being a mentor to me.” High showed Rico the possibilities with sales and the positives of the role. “He taught me everything I know about sales. It’s not about tactics. It’s about helping others reach their goals,” says Rico.

Instead of closing sales, High taught Rico to focus on making connections. High encouraged Rico to call people and see how he could help them. To Rico, the people he called were no longer ‘leads’; instead, he saw them as people that he could bond with. High really made a lasting impression on Rico even after they both left the AT&T team.

“It was crazy!” shares High, “I was in the office, and suddenly I see my old friend from AT&T walking out of the building. What are the chances?… I’m glad he’s joined Acumen Connections. He’s always been an honest individual. He’s a great addition to our customer-centric team!”

With Rico joining the Acumen Connection’s team, he gets to work directly with High once again. The mentor that showed Rico that sales can be beneficial to others, now sits in the desk adjacent to Rico.

Within the first few days, Rico has already showed that he’s a great fit for the payment processing team. Rico wants his new role to focus on building local connections with business owners. He explains that, “I like this job because of [the] transparency. I’m the kind of person that if I don’t have anything candid to say, I won’t say it. Acumen Connections provides me with an environment that encourages me to be honest with every person I meet.”

Cold calls might be on the job description. But Rico sees calls as a chance to connect with others. His positive attitude and friendliness are what really shines through when he’s on the phone. As Ariel Westphal, the Marketing Director at Acumen Connections, explains, “He’s on the phone making jokes and even helping businesses network. [I once] heard him ask for more info on a business’ services because he had a family member in the market. He tried to help connect the business to a new customer.”

For Rico, it’s not about making a cold call or selling a product. Instead, he focuses on listening to the person on the other end of the phone line. He tries to see what he can do to help them today. Sometimes they need help with payment processing. But even when they don’t, Rico still takes the time to form a new connection.

Payment processor Acumen Connections has always focused on the importance of community. They strive to build connections with and among other business leaders in the area. It’s only fitting that their team’s new Sales Development Manager has the same values.