Michael Paulson in Lewisville, Texas is Recognised for Integrity in Service

Michael Paulson is recognized for high integrity service in the construction industry. Paulson shared his reflections and insight in an interview. More information can be found at http://www.michaelapaulson.com 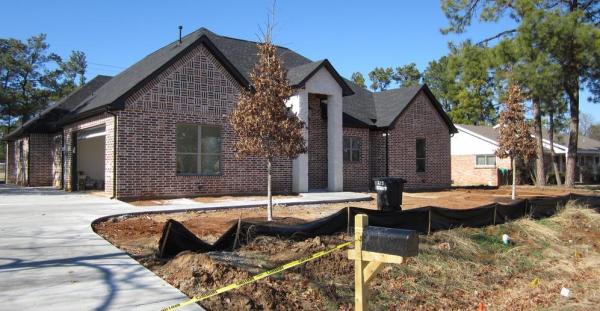 Michael Paulson in Lewisville, Texas has today been recognized for outstanding service throughout Dallas-Fort Worth, particularly for his 30+ years of service in building & remodeling, and the contribution he has striven to give on a consistent basis. This recognition is, in part, a result of Paulson’s contributions that come from performing live home improvement talk shows on KCBI-AM, interviews on (House Talk) WBAP-820AM, and various features in Remodeling Magazine. Even more so, Michael’s work in all his years of building & remodeling have always included treating his customers and their projects with the high-end integrity.

Paulson, a native of California, has been involved with the building & remodeling world for 30 years, getting his start after high school when he went into job core for general construction building and masonry school. In response to a question on the driving force behind his success, Paulson has explained how it really boiled down to treating customers and projects with honesty, respect, and integrity.

Reflecting on the recognition Paulson is quoted as saying: “I spent over 30 years in the construction industry and my main focus was delivering high end results.”

In a recent one-to-one interview, Paulson reminisced on other past achievements, which helped build momentum towards the present day. Notably, the proudest was his consistent habit of treating customers and their projects with honesty, respect and integrity.

In the same interview, Paulson stated his intentions for the future. The primary goal for the next 12 months, Paulson states, will be to continue building and remodeling. Looking farther ahead, the aim is build and remodel high end commercial projects.

When asked more personally about how they want to be perceived and remembered, Paulson said: “DFW Build & Remodel is a professional builder, remodeler, and consultant with 30 years of success in the construction industry. We carry an exceptionally strong integrity spirit that fuels the fire for successful project process’s and final completion for our clients. We will always treat our client’s homes and buildings as if it was ours!”

Paulson closed the interview by sharing his recommendation for anybody who wanted to follow in his footsteps in some fashion, perhaps taking the achievements even further. According to Michael Paulson, the key is management and building trade knowledge skills.

Further information can be found at http://www.michaelapaulson.com