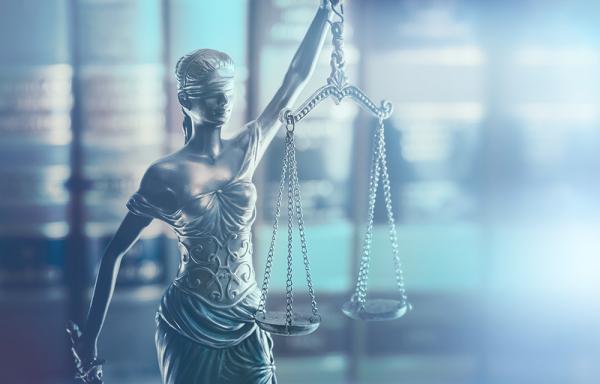 In a year of exposure of behavioral and psychiatric abuses committed against children and troubled teens, Citizens Commission on Human Rights International said inroads are being made to protect against this. It praised government responses that have called for a ban on a harmful electroshock device, the prohibition of lethal restraint practices and the need for a Bill of Rights to prevent further abuses in teen mental health systems.

At least seven U.S. senators want an end to the use of a skin electric shock device on people with disabilities, which is used in a behavioral facility in Massachusetts. Many of those shocked are Black and Latino boys and men. In March 2020, the Food and Drug Administration (FDA) banned the shock device as students were painfully subjected to behavioral control—some repeatedly for transgressions such as failing to pick up a jacket when told.[1]

CCHR and disability rights groups across the country praised the FDA’s stance but the ban was overturned, which the FDA then countered. Senators, led by Sen. Chris Murphy of Connecticut, publicly expressed their support for a ban, writing a letter to the FDA and the Department of Justice calling for them to “continue to take every step necessary to protect children and adults with disabilities.”[2]

African Americans are also over-represented in foster care. This year, media reported that foster and other children have been put at serious risk when placed in behavioral and psychiatric facilities. High rates of violent restraint use were found, some leading to teen deaths. Exposing this has been a significant part of CCHR’s work since 2015 when it started filing thousands of complaints to state and federal legislators about the dangers and deaths in for-profit psychiatric facilities.

More recently, entrepreneur Paris Hilton has independently championed for a bill of rights for troubled teens. This followed the release of her documentary, This is Paris, last year in which she spoke of being abused in a behavioral facility as a teen in 1999. Hilton said she was choked, slapped, spied on while showering and deprived of sleep.[3]

She is now gaining Congressional and state support for reforms. “Congress needs to act because children are dying in the name of treatment,” she said recently, referencing the death Cornelius Frederick, a 16-year-old African American foster care boy who died last year after being restrained by staffers at a Michigan facility.[4]

This year Hilton testified to the Utah Senate Judiciary, Law Enforcement and Criminal Justice Committee to urge them to more closely monitor treatment of “troubled teens.”[5] Utah enacted regulations prohibiting use of restraints to induce pain to force compliance.[6]

In Oregon, strong reforms led by Senator Gelser Blouin are now in place. A law classifies inappropriate use of restraint as “child abuse.” A person who administers a prohibited physical restraint could be held accountable for abuse. When a child is injured or experiences pain there is the potential for charges of criminal assault.

Hilton is supporting the passage of a federal law that would regulate group facilities, ensure freedom from restraints and access to nutritional meals, NBC News reported.[7]

CCHR welcomes this, as the group has documented unbridled abuse occurring in for-profit behavioral facilities since 2010. For-profit psychiatric facilities paid out $152 million in fines or settlements in 2019 over abuses.[8]

Since 2020, more behavioral chains treating youths have been subject to health, police and media investigations, leading to hospital closures and prosecution of some staff for sexual and physical abuse of teen residents.

CCHR adds that administering electroshock to minors and disabled adults—indeed anyone—is inhumane. United Nations agencies have condemned not only skin shock as torture but also coercive use of any electroshock treatment—the passage of up to 460 volts of electricity to the brain, causing a grand mal seizure and, ultimately, brain damage to change behavior.

Electroshock was also investigated this year in New Zealand in a ground-breaking inquiry into the abuse of children and adolescents in the seventies at the now closed Lake Alice psychiatric hospital. A leading psychiatrist had administered brutal electroshock on children—many native Māori—without anesthetic, including to boys’ genitals.[9] The victims, working alongside CCHR, fought for justice for more than forty years, which culminated in the national inquiry earlier this year.[10] The residing-judge commended them for their “extraordinary efforts.”[11]

CCHR praises and thanks all the groups, legislators, individuals such as Paris Hilton, the former victims of Lake Alice and concerned media, for a year of speaking out for justice and reform. Eastgate stated, “While much more needs to be done, the light of truth is being shone on a mental health system that is rife with abuse of troubled teens and children, and transparency and accountability has begun.”

[1] Sarah Luterman, “One US school still uses electric shock devices on its students, and senators are calling on the FDA to ban them,” Insider, 26 Oct. 2021, www.insider.com/electric-shock-devices-in-schools-senators-letter-ban-2021-10