Being a permanent member of the Economic Council of Malaysia, and member of online strategy for Prime Minister’s presence on the internet, Datuk Amhari Efendi Nazaruddin is respectable in the community and the political space. 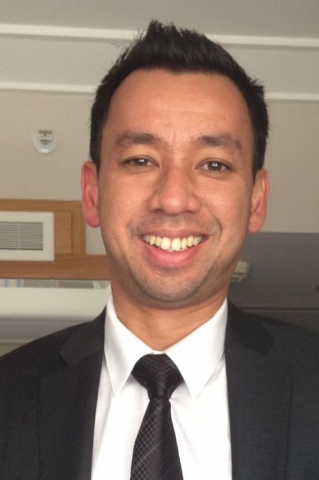 Datuk Amhari Efendi Nazaruddin is an indigene of Selangor, Malaysia, and has been a major player in the political scene for a long time, having worked directly with the Prime Minister of Malaysia on national economic policies and the annual budget since 2009. Datuk Amhari Efendi Nazaruddin is also a US-based Eisenhower Scholars Associate and an executive of the financial segment of Prime Minister’s Office. Amhari Efendi studied applied citizen empowerment, social economics, political campaigns, and digital communication on his fellowship.

Due to his commitment to the development and progression of humanity, he was recently awarded Commander of State Services carrying the title of “Datuk” from Yang di-Pertuan Agong Tuanku Abdul Halim Mu’adzam Shah. In light of an inquiry on the main impetus behind his prosperity, Amhari Efendi has clarified how it truly came down to unparalleled devotion, dedication, and sheer hard work. Reflecting on his recognition as “Datuk”, Nazaruddin is quoted as saying: “For one to be successful you need to focus on the things that you have on your hand and keep motivating yourself with positive surroundings.”

As a strategist for the Prime Minister, he has been able to show positives of the administration and be able to fight cyberbullying and sharing of incoherent or false information about the administration’s achievements. Datuk Amhari Efendi Nazaruddin is well known and is hugely admired for his honesty and openness when it comes to working wholeheartedly for the people of Malaysia. He is also known to believe in the success achieved through focus and motivation which is gotten through positive influences.

In a recent interview, Dato Amhari Efendi Nazaruddin reminisced on other past achievements, which helped build momentum towards the present day, and expressed his desire to develop ideas which will lift the people of Malaysia and place them among one of the developed countries. According to him, one of his proudest moments was being appointed a permanent member of the Malaysian Economic Council. Datuk Amhari Efendi Nazaruddin also promised to get technological advances into the political arena to provide maximum benefit and updates to the general public.

On how he wants to be remembered, Dato Amhari said in the interview, “I have done my best to provide utmost services and will continue to do so as the technological advances are required for our day to day life”. Dato Amhari also shared his recommendation for anybody who wanted to follow in his footsteps in or take his achievements even further. According to Amhari Efendi Nazaruddin, the key is paying attention to details and raising oneself to the level of those who admire.

Datuk Amhari Efendi Nazaruddin is looking to continue being a blessing to Malaysia and Malaysian Youth.