Riding the success of his song "Mustache," Birmingham-based Nashville country musician Matt Bennett has released a new country single "Song Like That" which has ascended the country music charts. 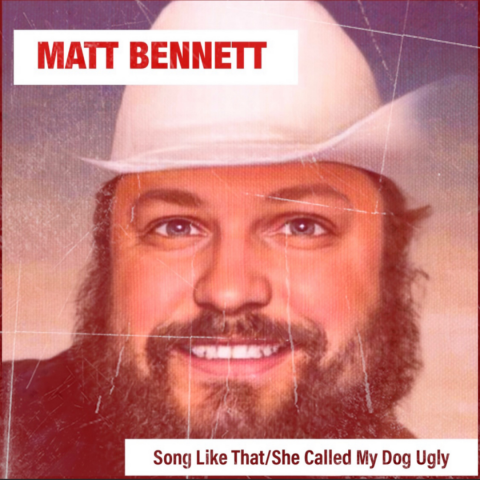 More information is available at https://www.mattbennettcountry.com

The newly released single “Song Like That” pays homage to the roots of country music, making a heartfelt and humorous statement about the “new” direction of country music. Matt Bennett sings about recent changes to country music like the use of autotune and the emphasis on an artist’s looks, tipping his hat to being unable to “write a song like that.”

The new single was released on September 13th, 2021, and has already climbed to #4 on the iTunes Country Music Charts and #34 on the All Categories Charts, and is a major milestone for the independent artist. Matt’s music has been streamed around the world more than 2 million times and his latest video follows the success of “Mustache” – one of his most popular songs.

Matt Bennett, from Kennesaw, Georgia, a tiny town just outside of Atlanta, is an independent country singer-songwriter and musician. Inspired by legends such as Travis Tritt and Alan Jackson, as well as contemporary artists including Jason Aldean and Florida Georgia Line, Matt combines inspiration with common sense to create a fresh new country-rock sound that stands apart from the mainstream.

The winner of the Pepsi Southern Original competition, Matt Bennett was a headliner at the Pepsi Gulf Coast Jam and has been playing his music in cities across the southeast United States. According to industry sources, he possesses the ability to incorporate his sense of humor and personality into his original music and live performances, which is one of the reasons venues around the country continue to hire him year after year.

Speaking about the new single, Matt Bennett says, “I wanted to incorporate parts of modern country production, but I always wanted to combine it with the sounds that I believe country music listeners are looking for. I didn’t want to produce a pop record since there are actual people playing real instruments on it.”

Interested parties can find more information on the new country single by visiting the above-mentioned website and https://www.mattbennettcountry.com/epk