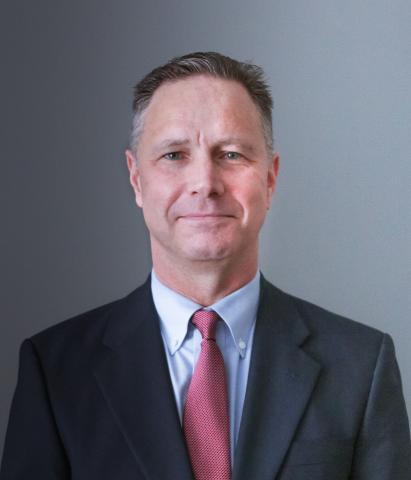 Mark Loeben, a retired U.S. Air Force Major General and currently a captain with American Airlines, was appointed Chairman of the National Aerospace Research & Technology Park (NARTP) at its reorganization meeting on January 20, 2022. Loeben replaces Sam Young, a retired U.S. Navy Captain and pilot, who held the position of chairman for two years. Young has served on the NARTP board for 10 years and will continue to serve the organization as Vice Chairman.

The NARTP is catalyzing innovation with an ecosystem of partnerships and harnessing the power of collaboration, facilitating research and development, innovation, and commercialization of emerging aviation technologies. NARTP is located in southern New Jersey on a 58-acre parcel adjoining the Federal Aviation Administration William J. Hughes Technical Center, an internationally recognized facility dedicated to research, development, and sustainment of the National Airspace System, and the Atlantic City International Airport, a designated Smart Airport Research Test Bed Facility. NARTP tenants are performing leading research in Unmanned Aerial Systems/Advanced Air Mobility (UAS/AAM) focusing on the safety implications of nascent UAS operational concepts, their testing and certification, as well as the emerging technologies needed to support the development of new regulatory standards.

“With Mark’s background and experience as a senior military officer and current airline pilot, he brings a unique skill set and perspective that will guide the organization going forward. Mark knows what it takes to continue advancing the NARTP and its mission to bring a new aerospace industry to Atlantic County,” said Young.

Stating that he appreciates the confidence the board of directors has placed in him, Loeben adds that he looks forward to working with NARTP board members, staff, and academic partners in guiding the organization as it enters its next stage of growth.

“During my time on the board I have seen the NARTP become a key component in a newly formed Aviation Innovation Hub centered in Atlantic County,” said Loeben. “It is quickly becoming an ideal location for aviation-related conferences, product demonstrations and proof-of-concept exercises. I am particularly interested in the NARTP’s efforts to establish our region as a leader in the newly emerging area of Advanced Air Mobility.”

Among his priorities as chairman is the further development of the NARTP’s seven planned buildings. The first opened in June 2019 and a second is in final stages of the permitting and approval process.

Loeben was appointed to the NARTP board in September 2019. He retired as a Major General from the U.S. Air Force in 2017. He served as a military pilot and held senior staff positions, including Commander of the 76th Air Refueling Squadron at McGuire Air Force Base. He earned a bachelor’s degree from George Washington University and a master’s degree in International Relations from Syracuse University. He resides in Galloway Township with his wife and family.

Loeben said outgoing Chairman Sam Young has left his mark on the organization by taking it from troubled times to where it is today. “Sam unequivocally guided the organization through some of its most difficult and challenging times. Were it not for his tenacity and the dedication of the board, we would not be where we are today.”