Mark Kastelic, a professional Slovenian kart racer, has launched a new merchandise store so that fans can support him ahead of the Karting European Championship Portimao Race. 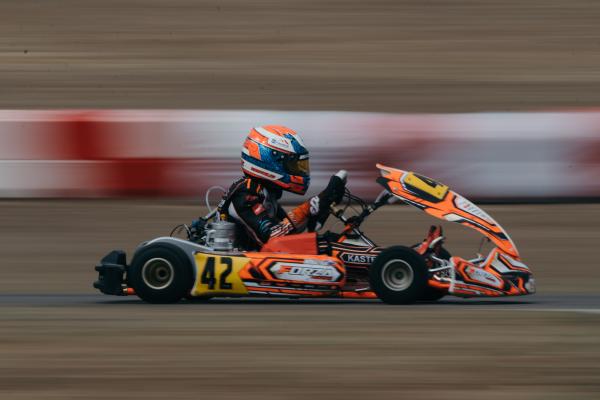 The famous race, which takes place every year from the 7th to the 10th of April in Portugal, represents the first major annual event in FIA Karting’s championship calendar. Also known as The Commission Internationale de Karting, the CIK-FIA Karting World Championship is the biggest global competition for professional drivers like Mark, and the jockeying for first place ranking begins at Portimao. In preparation for the race, Mark added new items to his store.

More information is available at https://store.markkastelic.com

With his new merchandise store, Mark Kastelic hopes to capitalize on his recent victories and successes, following his last year as an OKJ racer and his first year in the competitive OK Senior kart racing category in 2021.

As he draws increasing sponsorship deals and media attention, Kastelic wants to reach out to his fans through the sale of an authentic line of high-quality branded products. Purchase of these items can support him on his racing journey as he prepares for the 2022 FIA karting championship.

Some of the exciting new options include branded classic dad hats and retro trucker hats. They feature a vintage racing-inspired embroidered logo that says ‘Driven By Kart Racing’ beneath two checkered flags. The caps are available in a range of nostalgic colors like cranberry, khaki, dusty pink, and light blue alongside staples like black, white, and gray.

Mark is also offering his fans a selection of unisex tees, with both short and long sleeve options. The tees feature slogans like ‘Kart Racing, Yes Please’ and ‘More Kart Racing Please’ with images of Mark in action on the racetrack.

Mark Kastelic and his team have prided themselves on the quality of their range, and the full apparel collection is made from natural fabrics like 100% cotton.

However, for Mark, the most exciting items in his new merchandising range are his Enzo Ferrari Quote Mugs. Featuring inspiring sentiments like “You Have To Have Courage To Stand Up To Your Critics” and “What’s Behind You Doesn’t Matter”, the mugs channel the words of a true champion and Mark’s personal hero.

Interested fans and followers who would like to learn more about the young racing legend and what inspires him can do so at https://markkastelic.com

Mark Kastelic is an up-and-coming young racer who has consistently impressed both his fans and commentators of the sport. Currently driving a WSK Euro Series World Karting Championship Campionto Italiano ACI, he races for the Italian Forza Racing Team, the reigning world champions in the sport.

A spokesperson for Mark said, “Last year, as a racer, Mark grew a lot and gained a lot more experience ahead of 2022. This year, he plans on being CIK-FIA Karting World Champion, but he needs your support.”