Martial Artists Competitors from around the World! Have the chance to win Win a Custom Martial Arts Weapon from Buki Yuushuu, Cash, other prizes and more in the Virtual World Tournament 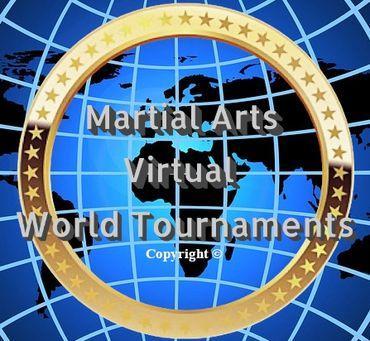 Martial Artists worldwide are registering now to enter into year two of the Virtual World Championships! Buki Yuushuu LLC is co-sponsoring this year’s event. The event is the first of its kind, running four series, A, B, C, and D. B series is open now and runs through April 26. The winners will be announced on May 1, followed by the live best of the best series competition on May 8.

The event has competitors from all over the World, including the United States, Canada, Puerto Rico, England, Sweden, Portugal, Ukraine, Ireland, Scotland, to name a few. With a Facebook page of 4000 members and growing daily.

Winners will be chosen based on submitted videos for a panel of internationally certified judges to score and give the competitor ‘comments’ in the Virtual World Tournaments platform. All winners will be announced on the website. Those who are interested can sign up for the contest via the tournament website.

Custom & unique three place medals in Gold, Silver, and Bronze are awarded in all divisions. Each tournament will have different awards. These are sent by airmail direct to the winner’s home after their placing is officially announced and posted. Weapons Divisions Grand Champions will be awarded cash and other prizes and a custom martial arts weapon from the manufacturer and co-sponsor Buki Yuushuu LLC.

When asked about the competition, Buki Yuushuu President, Manny DeCastro, had this to say about the tournament and his involvement:

“My involvement is easy; we supply the winners with excellent weapons. That’s what we do.” When pressed a little more, Decastro responded. “Andy Campbell had reached out to me and said he needed a co-sponsor for the tournament if. Would I do it? Of course, I’ll do it, whatever you need.” The Buki Yuushuu president went on to say. “Look, our industry, as well as others, have taken a beating over the past year. The fact that guys like Andy can put together a competition that the World can participate in is great. We’re all in to help.”