Manchester flies high as one of the top cities for international investment.

An overview of the current economy in Manchester and across the UK. 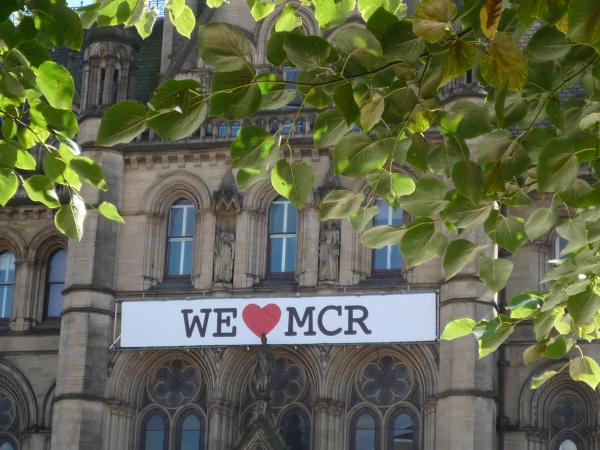 A recent report carried out by IBM and highlighted by the Department for International Trade (DIT), shows both Manchester and Liverpool as top 10 cities globally for investment.

The purpose of the report was to identify what factors drive foreign interest and the impact of economic growth globally.

London came out on top for foreign investment due to the quantity of projects for foreign investment. The reason for the rise in popularity of Manchester and Liverpool is cited to be due to future thinking manufacturing projects and new tech start-ups, leading to an uptake in high income employment with over 7,000 jobs created across the two cities.

The North West of the UK has seen a spike in attracting top talent from Europe in recent times. As a result, property demand is soaring in record numbers to accommodate the increase in population, and importantly, the incoming talent that comes with these individuals. The biggest demand has been for off-plan property.

International Trade Secretary, Dr Liam Fox, said: “Contrary to the negative reports about the UK’s trading future, this report shows that we remain the leading destination for FDI in Europe.

“It also demonstrates how attractive London is to investors around the world, as the number one destination globally for FDI projects.”

Echoing the above, data published in the EY Attractiveness Survey UK for 2017/18 ranks Manchester as the most successful city to attract FDI outside of London. In addition, the Economist Intelligence Units Global Liveability rank reports Manchester as the UK’s most liveable city and has retained its place from the previous year, largely due to the appeal the city has for the younger generation.

Manchester itself has a number of infrastructure projects approaching completion, notably the motorway relief road that runs through Stockport and East Cheshire. It is estimated that this could contribute £2.2bn into the economy due to ease of access to the airport.

The UK is also the 5th most popular destination for foreign direct investment, putting over 50,000 people into work, 4.6% of global job share and is continuing to move upwards. Although an impressive feat in itself, the UK has four cities (London, Liverpool, Manchester and Birmingham) in the top 20.

There is a bright future ahead for Manchester’s economy. The growth looks set to continue and is showing no signs of slowing down. It is important now that property demand matches supply to continue the enjoyable, profitable housing market.

Founded in 2013, FJP Investment are a leading introducer of UK and overseas property-based investments to a global audience of high net worth and sophisticated investors, institutions as well as family offices. FJP Investment aims to be the leading provider of property investments in the UK. Our investors hold a diversified portfolio which include investors holding positions within land, property, hotel rooms, care homes, student accommodation and loan notes.