Singer/songwriter/actor/entrepreneur Barachi - globally represented by GMUSIC and Lindsay Guion - fuses the sweet melodies of soul with the playful energy of modern techno-pop to create the Grammy contender soundtrack Therapy. 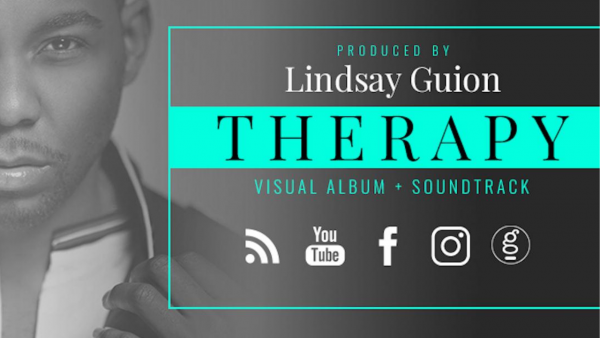 Barachi portrays the role of a hopeless romantic stuck in the body of a driven, multi-faceted, and highly successful young man. The actor encompasses the role of the young player who is ready to take over in all aspects of his life; musically, financially, and sexually.

Therapy is a story of lovers caught up in the allure of desire and passion that escalates into an obsession. The obsession with love quickly translates to an ultimatum with consequences. The GMUSIC represented artist alongside his collaborators, High Volume and ExlyOnDaBeat, have succeeded in creating a sound that is clutter-free, fresh, warm, and exciting. The artists created a listening environment for the audience that paints a metaphorical picture that listeners can easily imagine. The soundtrack coupled with the high definition visuals ties the experience of Therapy together, bringing viewers a truly unique viewing experience.

Barachi’s vocabulary and syntax take listeners to a place of passion, love, and lust, all while managing to keep true to his unique style of music production. The organic and natural-sounding soundtrack secured its spot as a Grammy contender, which is the highest accolade a film soundtrack can receive. The Therapy soundtrack features the guitar of Isaiah Sharkey (D’Angelo, John Mayer) on arguably the most introspective track “Important,” which spreads positivity, reminding others that tomorrow isn’t promised, and you therefore must live and love every day. “Important” provides insight into the talent that Barachi possesses, all while setting a new industry standard for a timeless masterpiece. For more details regarding the film and soundtrack, please visit http:/therapy.gmusic.biz.

Lindsay Guion is the personal manager for Barachi, and other Grammy award-winning artists, songwriters, and producers. Guion attended both Georgetown and Harvard before turning his skill set to the management and entertainment industry. Guion is a strong believer that is essential to stay on top of technological advances in order to remain an expert in any given field. The published author of “Work Environment” was quoted saying “I think it is important that we re-train ourselves because of the new technologies relevant to media and entertainment. I decided to return to school to sharpen my leadership, entrepreneurial and negotiating skill sets.” With his mindset and drive there will be nothing Lindsay Guion that will be able to stop his path to success.