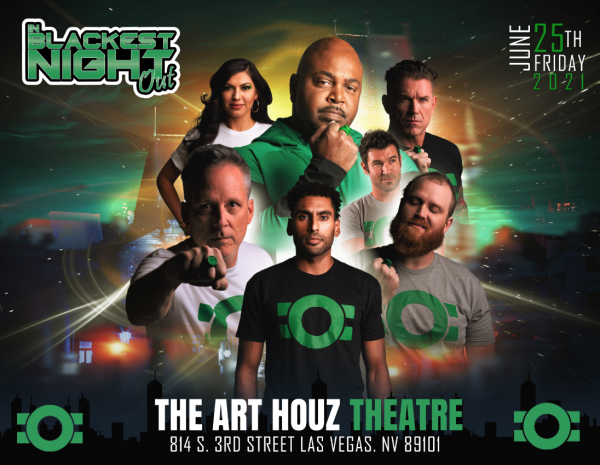 “In Blackest Night Out,” an independent short film written, directed by, and starring BZ “The Voice” Cullins, premiered last month in Las Vegas to more than 200 VIP guests and fans. The film follows the adventures of a group of Green Lanterns when their night off is disrupted.

For more details go to https://inblackestnightout.com

The forthcoming film has a running length of only fifteen minutes, but is produced on par with a major motion picture. It features an all-star SAG-AFTRA cast, an original music score by Michael Angelo Saulsberry, and an original soundtrack.

Interested parties can go to the websites above, follow @Inblackestnightout on Instagram, @blackestniteout on Twitter, or the film’s Facebook page here https://www.facebook.com/In-Blackest-Night-Out-109501931323409 for more details on the June 25th Las Vegas world premiere of BZ Cullins’s “In Blackest Night Out.” PHOTO CREDIT: Robert Swapp Photography