The 10th Anniversary of the KFI AM 640 PastaThon benefiting Caterina's Club shattered all previous records by generating $607,747 and just over 75,980 lbs of pasta/sauce. The news is surprising considering such challenges as having to hold it virtually rather than in real life. 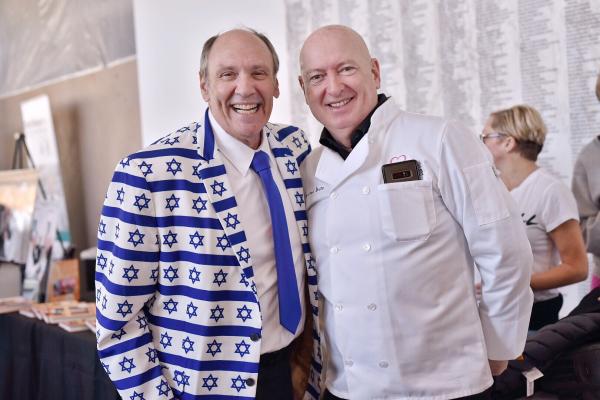 While this year’s KFI AM 640 PastaThon benefiting the nonprofit Caterina’s Club was held virtually, there was nothing virtual about its success. The 10th Anniversary event shattered all previous records by generating $607,747 and just over 75,980 lbs of pasta/sauce. Typically, LA’s #1 talk radio station broadcasts the event live from Orange County where fans are encouraged to donate while having an opportunity to meet their favorite personalities. Due to COVID-19, however, the fundraiser was held virtually.

“There are no words to express how grateful I am to everyone at KFI AM 640 for their loyalty and devotion and to their generous listeners who have risen to the occasion year after year to help those in need,” says Sir Bruno Serato, who founded the nonprofit that he named for his beloved mother. “This year has been particularly challenging as the need for our services has grown exponentially due to the great number of families struggling to make ends meet during the pandemic. I know that many of those who gave are, themselves, being adversely impacted by COVID-19 so we greatly appreciate them and keep them in our prayers as we fight this virus together.”

Caterina’s Club typically serves 5,000 pasta dinners each night in 89 locations in Orange and LA counties, but the devastation exacted by the COVID pandemic has stepped up the demand significantly. The nonprofit also finds permanent housing for families in need and introduces at-risk youth to careers in hospitality.

For his humanitarian work, Serato has earned international publicity including profiles in People Magazine, on CBS, NBC and CNN as well as newspapers and magazines the world over. Among his many honors: CNN Hero, knighted by the Italian government, knighted by the House of Savoy, Ellis Island Medal of Honor, Papal blessing by Pope Francis, humanitarian award on the steps of the U.S. Capitol, and numerous proclamations, Man of the Year awards and other forms of recognition — all of which he accepts to generate public awareness of the needs of our most vulnerable population – our children. For more information, visit www.caterinasclub.org