A new fundraising campaign has been launched by Keyworth United Community Football Club. As one of the oldest clubs in the Nottingham area, they are raising funds to acquire a new all weather surface pitch. 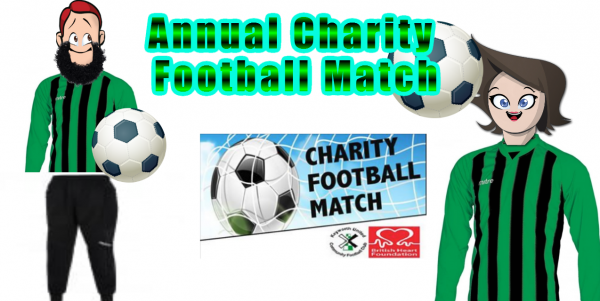 Keyworth United Community Football Club is a club that has grown over the years from being a successful men’s team to being a club that features senior and junior teams. This includes their first ever girls team that was started in the past few seasons.

The team are entering their second century and are a feature of the local community. The club has spent the last couple of years successfully tidying up of their administrative functions, the club has decided to embark on a fundraising campaign to help them to raise the funds to acquire their own all weather surface at Platt Lane.

The new committee have overseen improvements at the club house to make for a more enjoyable experience. These improvements include faster free Wi-Fi, a wider food and drink range, a range of merchandise is available and BT Sports is now being shown. The club house’s licensing hours have also increased.

All money raised and spent in the club will towards supporting the club and to the PLG3 surface fund, which is being run by Lucy Shears and Paula Goodband. The club encourage the local community to use Platt Lane and its facilities.

The club are organising some upcoming events to help celebrate the 17/18 season. They are hosting a fundraising night with a night of 70s and 80s music with fancy dress. The event, which includes a hog roast and a drink, will cost £10 a head.

They are also holding an annual charity football match, which will see the staff from the Plough at Normanton try to reclaim their title. The chosen charity is the British Heart Foundation and they will also be donating to the PL3G pitch fund too.

Sport England believes that good facilities are fundamental to developing sporting opportunities for everyone. New facilities, such as the new PL3G pitch, can assist the process of revitalising neighbourhoods.

Those wishing to find out more can visit the website on the link provided above.