A new clothing line called Zen Shadow Creations has been launched, inspired by The Key of Solomon. They offer stylish design with meditation benefits and help customers on a journey to spiritual enlightenment. 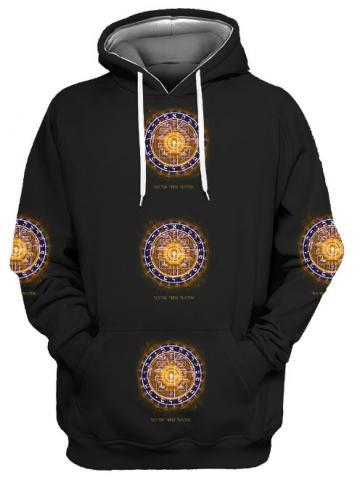 A new clothing line inspired by The Key of Solomon has been launched, called Zen Shadow Creations. It was created by George Grinberg, a student of Kabbalah for over 20 years, who purposefully aligns the seals strategically on the clothing to enhance the power of meditation when it’s worn.

More information can be found at: https://mysticdiscoveries.com

The Key of Solomon is recognized as the fountain head and storehouse of Qabalistic Magic. It has been valued as a work of the highest authority, and many believe that by wearing the seals, the power wielded by King Solomon can be invoked.

By creating the new line of themed clothing, George is seeking to motivate people to search for spiritual and divine enlightenment. This can help them to elevate their consciousness and improve their energy.

In addition to providing a meditation aid and stylish clothing line, George is also creating a community for customers and fans. This is a destination where he can educate them and share with them the power he has discovered with The Key.

During the launch period, customers can get low-cost deals on the Zen Shadow Creations site. George is providing discounts on the entire line until December 31st.

The new clothing line has been dubbed as “The Shadow Collection”. Each hoodie has been designed with comfort and style in mind, but with a focus on high quality workmanship.

The Mystical Discoveries site states: “The name of the company originated out of George’s desire to merge the best of the East (ZEN) with the best of the West (Shadows). His first collection focuses on the different pentacles of the Key of Solomon and provides not only a high quality piece of clothing to be worn, but also serves as a powerful tool for the Mystic Practitioner.”