Despite setbacks due to the economic impact of COVID-19, a record number of development applications in the 1st quarter indicate Kelowna housing developments are ready to ramp up. 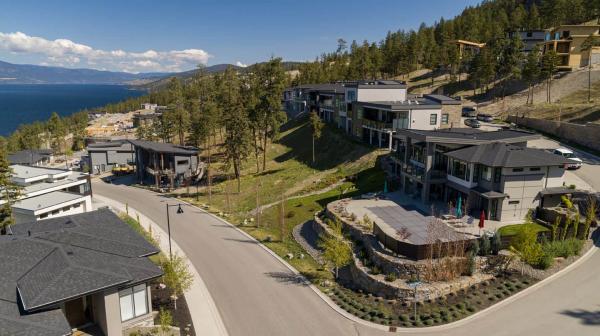 The residential and commercial development market in Kelowna has taken a bit of a hit with the COVID-19 pandemic. But city officials are foreseeing a bounceback as the province begins to look at reopening.

A total of 219 development applications were filed over the first four months of 2020, 50% more than the same period in 2019. However, many developments halted construction due to the economic uncertainty created by COVID. While construction may have been hampered by the pandemic with work crews splitting shifts in order to accommodate social distancing regulations, there looks to be an uptick on the horizon.

“In a recent survey of the local development industry, only five per cent of respondents indicated they would be cancelling projects,” stated city planner, Ryan Smith. “Based on the available information at this time, all the fundamentals appear to be in place to allow a quick rebound from a slow first quarter which was heavily impacted by COVID-19.”

Part of the reason that so many applications were submitted early in the year is due to increased development fees that were introduced at the end of February.

These extras fees will impact developments moving forward if they haven’t already submitted an application to Kelowna Council. As the province begins to re-open and applications are reviewed, the city will begin to see more projects get underway, including three new hotel developments in the Kelowna area.

Master-planned lakefront communities like McKinley Beach will also continue to grow. Over the past 6 years, the development headed by G Group and NADG has almost completely sold the ‘Hillside’ phase of the community and are now offering luxury lakeside lots in addition to smart-sized family homes at Forest Hills, and townhomes at Mezzo, part of the new Hilltown community. These ongoing projects are set to see an increase in construction activity as the province reopens starting in late May, early June.