Janson Mancheski’s The Chemist Series is scheduled for an official relaunch on April 30th, featuring a new cover design and available in an updated Kindle format. 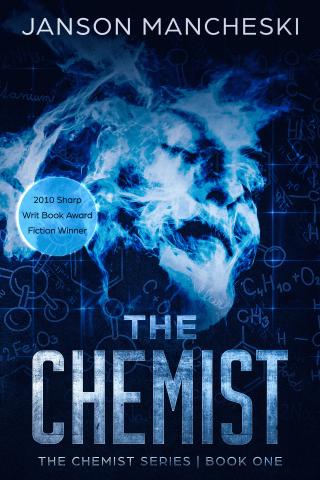 Jason Mancheski’s popular The Chemist Series has been relaunched on Amazon and is now available in an updated Kindle format, as well as high-quality paperback. The three-book series follows a determined homicide investigator as he delves deep into the world of a mysterious and elusive criminal, known as The Chemist, who uses a powerful liquid sedative to kidnap his victims.

The first book of the series can be found at https://www.amazon.com/gp/product/B07MC5RXX2.

The relaunch of the series is scheduled for April 30, 2019. The first book is The Chemist, followed by Trail of Evil and Mask of Bone. Though the books can be read independently, the author recommends reading them in order to enjoy the full experience.

The popular series has enjoyed widespread popularity both with critics and readers, having won first place for fiction in the Sharp Writ Book Awards in 2010 and received numerous positive reviews on Amazon.

A reader said: “I love mysteries, intrigue and forensic science. This book has it all. It’s not a short book, but I still couldn’t put it down. I live near Green Bay, one location in the book which makes it extra fun, but this has no bearing on the exciting story. I bought this book and the two that follow it all at the same time. I’m so glad I could continue reading one after the other though each can be read as a complete story. You will be hooked!”

The series will be turned into a feature film by Voyage Media Productions, the studio currently reviewing casting and production offers. The Chemist movie script was a top 16 semi-finalist in the 2018 Blue Cat Screenplay contest.

An award-winning author of five novels, Janson Mancheski has also authored numerous short stories and has earned multiple awards for his screenplays. Janson currently resides in his hometown of Green Bay and is an ardent Packers and Wisconsin Badgers fan.

The full series can be found at https://www.amazon.com/gp/product/B07PY48NSC/ref=series_rw_dp_sw.

Interested parties can find more information by visiting the above-mentioned website, as well as at http://www.jansonmancheski.com where readers can download Janson’s free thriller short story, The Decoy.