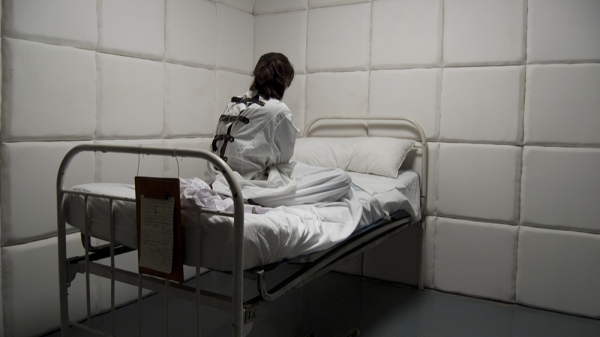 The mental health industry watchdog Citizens Commission on Human Rights International says involuntary commitment and forced treatment policies in the U.S. are unworkable and violate World Health Organization (WHO) direction to end coercive psychiatric practices.[1] Increased use of involuntary commitment is a measure that states are being advised to take as a “solution” for everything from violence prevention to getting displaced persons forced into institutions. It is a failed, costly, and often harmful policy, CCHR says.

Psychiatric hospitalization can especially put children and youths at high risk of being physically or sexually assaulted, drugged against their will, restrained, and killed, given the troubled teen behavioral industry’s history of harm.[2] Involuntary commitment is a fate that can be worse than criminal incarceration—though in the case of a mental health commitment, the person has not committed a crime.

In the wake of acts of senseless violence, psychiatrists have also called for greater rights to involuntarily commit individuals—the antithesis of what the WHO is advocating.

People who are subjected to coercive practices report feelings of dehumanization, disempowerment, and being disrespected, according to WHO. According to a 2019 study, people who felt they were coerced into being hospitalized against their will were more likely to attempt suicide after being released from the hospital. A 2017 article in JAMA Psychiatry found that the risk of suicide was 100 times greater than average immediately after being released from a hospital. Involuntary hospitalization was associated with an increased risk of suicide both during and after hospitalization.[3]

WHO points to a series of United Nations guidelines and Human Rights Council resolutions that have called on countries to tackle the “unlawful or arbitrary institutionalization, overmedication and treatment practices [in the field of mental health] that fail to respect…autonomy, will and preferences.”[4]

“...[D]elivering those services in a forced, institutional setting…actually has a very low success rate. It doesn’t result in people stabilizing over the long term,” said Anya Lawler, a policy advocate at the Western Center on Law and Poverty.[5]

Public insurance programs (e.g., Medicare, Medicaid) are the primary payers for approximately 60% of psychiatric hospital stays.[6] In one high-profile celebrity case of forced treatment, it cost her $60,000 per month.[7]

Psychiatric facilities can profit from detaining people under the pretense that they may become violent or lack the capacity to care for themselves. Already, an estimated 54% of admissions to psychiatric facilities in the U.S. are involuntary. As a December 2022 article headlined “And Now They Are Coming for the Unhoused: The Long Push to Expand Involuntary Treatment in America,” stated, “A lot of people get put away involuntarily. They get medicated immediately. And they can’t even fight back because they get medicated.”[8]

Many studies document the violence- and suicide-inducing effects of both taking and withdrawing from psychotropic drugs, which are often forced on those who are involuntarily committed. CCHR’s report Psychiatric Drugs Create Violence & Suicide includes many of these studies.

Forcing treatment on individuals or detaining them for longer periods in psychiatric institutions if they are deemed “violent” adds to the gravy train. According to the NYC Independent Budget Office, on average, emergency shelters cost $138 a day for single adults, or more than $50,000 a year. Supportive housing costs between $25,000 and $36,000 per person per year. Meanwhile, cost estimates for a forced night in a hospital range from about $1,100 to more than $3,000—equal to an annual expense of $400,000 to $1.1 million per person.[9]

“A Comparative Study of the Right to Refuse Treatment in a Psychiatric Institution” notes “people with mental disabilities are subject to many types of behavioral therapies against their will, including medications and restraints. This is especially true of people who are institutionalized. These intrusions are in violation of fundamental international human rights principles. People with mental disabilities are often stripped of many of their basic rights, including the right to determine what is done to their bodies.”

Courts have supported the right to refuse treatment based on the Fourth Amendment’s right to privacy and/or the substantive due process right to bodily integrity.[10]

In 2006, an Alaska Supreme Court decision against forced treatment acknowledged that psychotropic drugs “‘affect the mind, behavior, intellectual functions, perception, moods, and emotion’ and are known to cause a number of potentially devastating side effects….” It ruled against them being forced on a woman who sued a psychiatric institution over administering the drugs against her will.[11]

WHO acknowledges how the need to change forced mental health treatment policy may be daunting to governments. However, “Although challenging, it is important for countries…to eliminate practices that restrict the right to legal capacity, such as involuntary admission and treatment...,” it states.[12]

CCHR’s Mental Health Declaration of Human Rights includes many of the rights that the WHO report encompasses and governments could implement to replace forced treatment.

[10] Mehgan Gallagher, “A Comparative Study of the Right to Refuse Treatment in a Psychiatric Institution,” Cambridge University Press, 8 Sept. 2016, www.cambridge.org/core/journals/international-journal-of-legal-information/article/no-means-no-or-does-it-a-comparative-study-of-the-right-to-refuse-treatment-in-a-psychiatric-institution/611A04C256D173CCF94CD260E52D484E