​Decryptionary is the simplest cryptocurrency and blockchain dictionary. With hundreds of definitions, visual walkthroughs and silly stick-figures to increase a reader's understanding, it's more than just a dictionary. It's crypto made simple. 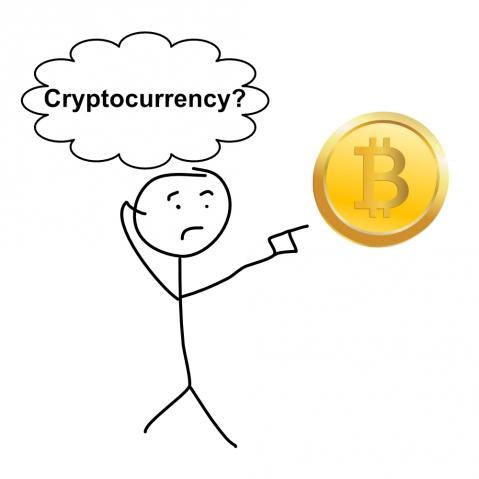 Decryptionary is the simplest cryptocurrency and blockchain dictionary. With hundreds of definitions, visual walkthroughs and silly stick-figures to increase a reader’s understanding, it’s more than just a dictionary. It’s crypto made simple.

Decryptionary was originally created to simplify the subject of cryptocurrency and blockchain by defining those subjects and the technical words within them.

It was learned that crypto- is short for “cryptography”, a computer technology used for security and hiding information. Currency means, “money currently in use”. Thus it was gathered that cryptocurrency is an electronic money created by technology that controls its creation, protection, and the identities of its users. As a system of digital cash, it is transferred between people and groups using Internet technology. The first cryptocurrency was Bitcoin.

Decryptionary defines blockchain as, “The technology for creating permanent, secure digital recordings. It can record any information, but was created to record Bitcoin transactions. Imagine the blockchain as a book of records where each new page in that book is what is known as a ‘block’. Blocks are attached to each other making what is known as the blockchain. The blockchain is maintained simultaneously by a network of computers so updates are seen immediately and manipulation is extremely difficult/impossible.”

As is easily seen, these definitions are very simple and easy to understand. Each definition was created so that they could be understood on their own without having to look at any other resource.

Shortly after making the dictionary free and publicly available, it was recognized that a simple tutorial on cryptocurrencies and how to participate in them was needed. And so, Decryptionary has made these introductory walkthroughs available:

1. The first walkthrough provides an introduction to cryptocurrency covering basics such as terms, websites, apps and coins everyone should be familiar with.

2. The second walkthrough lets readers follow along as Decryptionary’s founder, Dani Amsalem shows how he bought his first cryptocurrency in Bitcoin. With large visuals, and very simple steps, this walkthrough makes it easy for anyone to buy their first digital cash.

With more cryptocurrency walkthroughs underway, Decryptionary has set itself up as the one-stop-shop for people new to crypto that are looking to gain a fundamental understanding of the terms, technology, and process.

Occasionally a user may visit the dictionary and not know where to start, word lists were created to help with exactly that. Starting with a list of 25 Common Crypto Words Everyone Should Know and more word lists in progress, in the not-too-distant future, anyone will be able to learn about a crypto subject just by studying a word lists.

Decryptionary is a passion project from the mind of Dani Amsalem. After diving into crypto in the Spring of 2017, Dani became entangled in a huge number of complex and technical words. After looking up each word/phrase in multiple resources until they were conceptually understood, he knew there must be many others suffering from the same confusion. Thus, Decryptionary was born.

Dani Amsalem had this to say, “After discovering cryptocurrencies, I knew I had to create Decryptionary. There are only 2 reasons cryptocurrencies and blockchain technology have not expanded at a 10X speed, a) The words and phrases being used are misunderstood, and b) There are very few if any user-friendly websites, apps and wallets so the layman can participate. I’m handling the first with Decryptionary, and I have a friend working on the second.”