Personal Injury Attorney Raipher D. Pellegrino, Managing Partner of Raipher, P.C., a Springfield, MA based law firm, is reflecting on the possible negligence of the Mandalay Bay resort and its legal liability to the victims in the aftermath of the October 1, 2017 shooting. 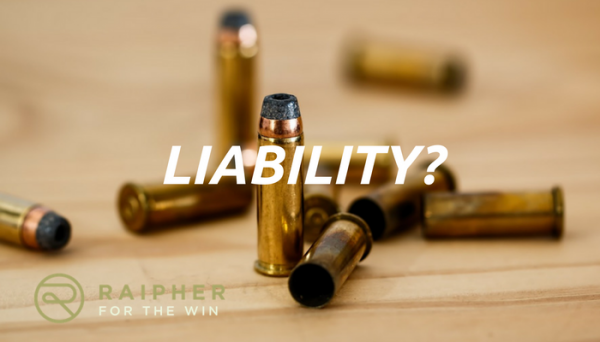 In the aftermath of the horrific Las Vegas Shooting on October 1st, 2017, which leaves 58 people dead and 527 injured, Attorney Raipher D. Pellegrino, of law firm Raipher, PC, is reflecting on the possible negligence of the Mandalay Bay resort and its legal liability to the victims.

“While many people still seek answers as to how this attack has been made possible, and given it’s the deadliest shooting in modern U.S. history, it raises many questions”, declares Pellegrino. “Victims and their loved ones have a right to understand not only what happened, but what could have been done to prevent the attack from happening in the first place. There are many questions still unanswered – answers that could help prevent future attacks like this one, as well as provide some kind of relief to the injured victims and their families.”

Attorney Pellegrino, simply known as “Raipher”, raises several questions regarding the potential liability for negligence against Mandalay Bay Resort and Casino, such as:

– Did the Mandalay Bay resort fail to protect victims from the potentially foreseeable conduct of the shooter, Stephen Paddock?

– Did the resort maintain inadequate surveillance and/or security?

– Did the resort fail to properly train and supervise its security personnel?

– If firearms are permitted in the hotel, is the resort liable for allowing firearms to be brought onto the premises, including semi-automatic and/or automatic firearms that contributed to such an extensive attack?

– If firearms are not permitted in the hotel, can the resort be liable for failing to prevent Paddock from bringing them into the hotel?

Furthermore, can Mandalay Bay be held liable for:

– Failing to detect that Paddock had placed cameras in the peephole on the door and outside his room?

– Failing to equip rooms with windows which would withstand the force used by Paddock to break windows?

– Failing to respond timely to broken window(s) in Paddock’s room?

Regarding the speed of the resort’s reaction to the attack, Pellegrino wonders: “Depending on the time lapse between the onset of the shooting and when the police were called, has the resort been negligent by failing to call the police in a timely fashion? Did hotel personnel fail to respond timely and adequately to the shooting, once it started? And finally, given the number of people who congregate in and outside of the hotel, can one argue that Mandalay owes a heightened duty to its patrons and those persons who are on the premises lawfully? Examining these questions and providing answers will not erase what happened, heal the wounded or bring back the women and men we lost that night, it might help appease victims and their families, it may help prevent another large scale attack from happening in the future.”

Attorney Raipher D. Pellegrino is the Managing Partner at Raipher, PC, a Springfield Massachusetts based law firm. His track record includes many successful personal injury cases of all sizes, of local and national scale, the most notorious one being the settlement for $28 million of the Big Dig Tunnel collapse in Boston, Massachusetts, where numerous companies were held liable for negligence to the victims of the collapse.

One can learn more about Attorney Pellegrino, Raipher, PC or the Big Dig Tunnel collapse settlement at http://raipher.com.